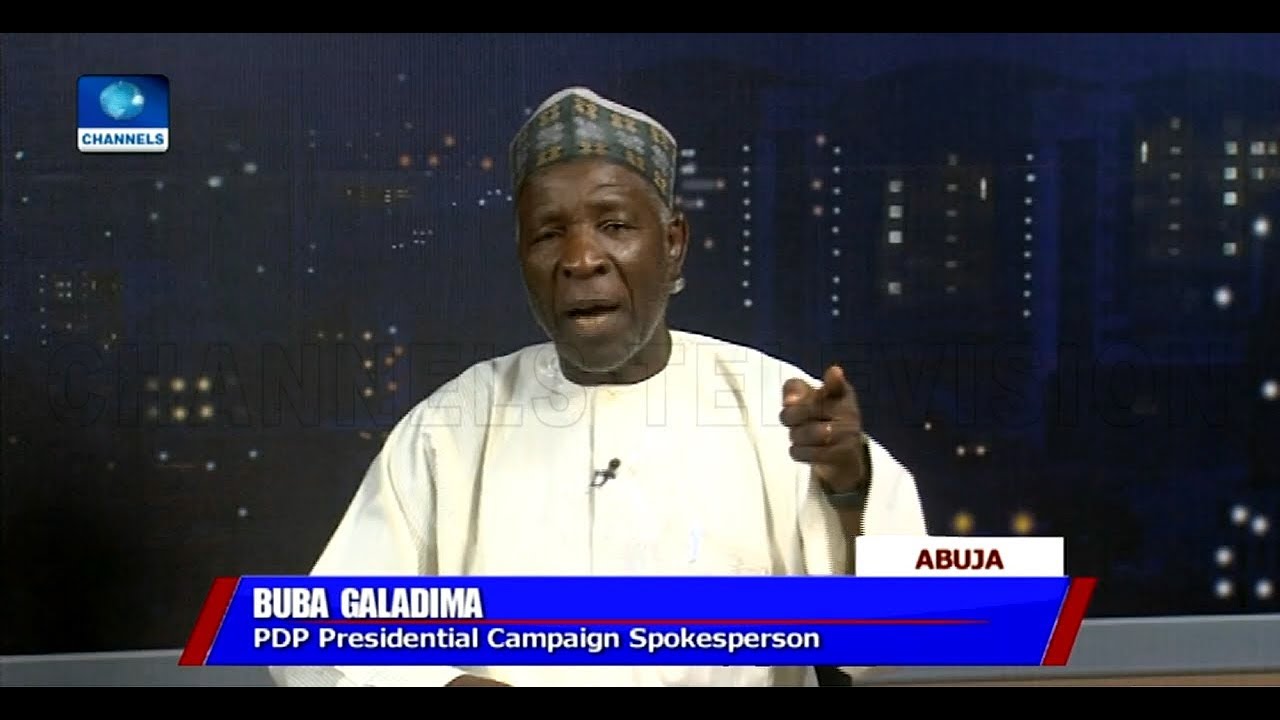 The former chieftain of the defunct Congress for Progressive Change (CPC), Buba Galadima, said that President Muhammadu Buhari is a shame to the nation, and had shown that he lacked the capacity to lead his family, village or community let alone a big country like Nigeria.

On Sunday, during a political talk show on Channels Television, Buba Galadima expressed regret over his contributions in Buhari’s emergence as president, He said:

“We cannot stop at this meeting here but must sensitize people including the international community on the issues on ground. I, on my own, have just done that in other countries of the world by telling them exactly what to expect because this election is not only for Nigeria but the whole world. If Nigeria is balkanized, I don’t see any country in Africa that can accommodate the refugees from Nigeria.

“The person we are fighting is not only a retired militant officer but also somebody who is not a friend of anybody.

“I regret my input in bringing General Buhari to power. His performance is disgraceful to the nation. It is shameful to any Nigerian that the man we saw on television during the arranged town hall meeting is the president representing articulate and intelligent Nigerians.

“I don’t think anybody in that manner will pass a scale to be the head of his family or the head of his village, community let alone a country like Nigeria. We have seen on several podiums where the man even ceded his own presidential ticket to some other person.

“We have seen, severally where this man gave the flag of his governorship candidate to his minister. For example in my state, Yobe, he gave the flag to the Secretary of the Government of the Federation instead of the National Secretary of his party who is the governorship candidate. Can such a man in all honesty represent the sensibilities of Nigerians?