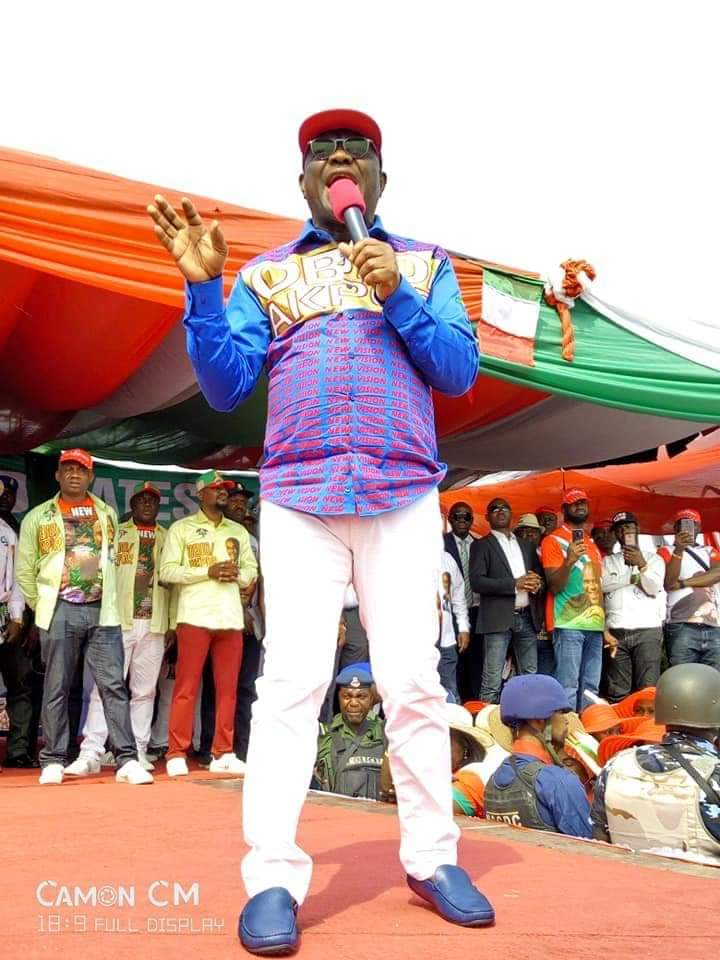 River State Governor, Nyesom Wike has urged Nigerians to vote massively for the Peoples Democratic Party (PDP) across the country for Nigeria to return to the days of performance and development. 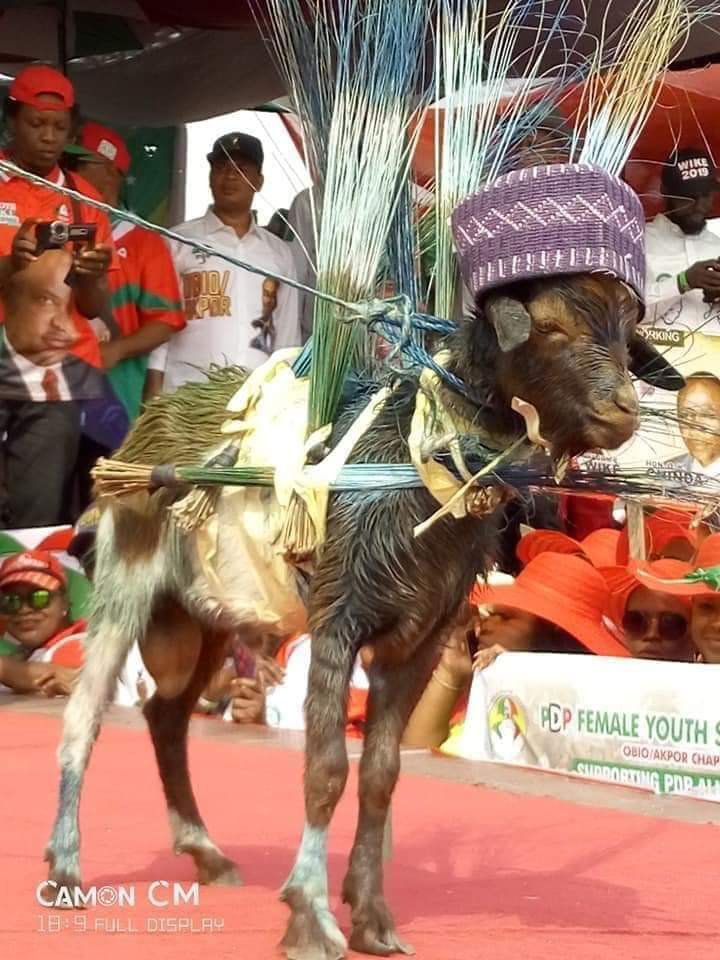 A goat was dressed with brooms and brought to the podium as Governor Wike address thousands of supporters during the PDP Campaign Rally at Obio/Akpor Local Government Area on Saturday.

The governor said that it is only under the PDP that sustained development can take place. He said:

The governor urged the people of Rivers State to vote massively for Atiku Abubakar for the revival of the seaports killed by the non-performing APC Federal Government in the state. He said:

“Atiku Abubakar through quality economic policies will revive the Trans-Amadi Industrial Estate and the two seaports in Rivers State.

“Atiku Abubakar will create jobs and ensure that the government works for the good of all Nigerians.”

While acknowledging Obio/Akpor as the Local Government Area with the highest number of registered voters in the state, Governor Wike urged the people to cast 90percent of their votes for the PDP and her candidates. 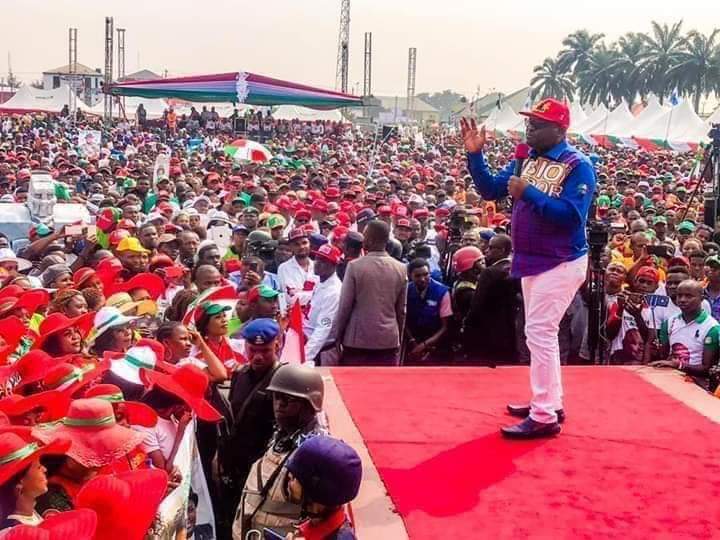 Governor Wike advised PDP members to ensure that the party wins all the 359 polling units of the Local Government Area. He said that political patronage would be based on winning of polling units. He said:

The governor advised the people not to be deceived by INEC claims that they will organize credible polls. He said they should remain vigilant to protect their votes.

He said that the PDP remains sure of victory in Rivers State because his administration has satisfied the people.

Speaking further, Governor Wike said only those who have impacted positively on the state should contest elections or promote candidates. He said as a Minister he attracted development to the state. He wondered why the Minister of Transportation has failed Rivers People, despite his opportunities in the failed APC Federal Government. 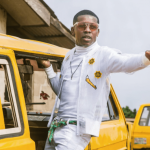 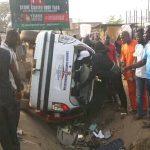