President Muhammadu Buhari has assured Christian leaders in the country of his commitment to leave the country better than he met it in 2015.

President Buhari made this assurance on Thursday when he received the leadership of Christian Association of Nigeria (CAN) who came to congratulate him on his re-election victory at the presidential Villa Abuja.

the President affirmed that his administration would continue to address important national challenges including security, economy and corruption. He added:

“In the area of allocation of political offices, our focus will be on merit and national spread such that every part of Nigeria will have a sense of belonging. We remain resolute in the fight against terrorism and insurgency, and efforts to bring back all those in captivity and other victims of kidnappings will be intensified.”

In his congratulatory message, the CAN president prayed God to grant the President ‘‘everything it takes to perform hundred times better than’’ his first term, stressing that the organisation had the success of this administration at heart. Ayokunle welcomed the President’s pledge to run an inclusive government in a speech shortly after his re-election, noting that the gesture would give all in the country a sense of belonging.

While appealing to the President to task security agencies to be more proactive in their duties, Ayokunle made a passionate request for deliberate and relentless efforts to free Leah Sharibu, other Chibok girls and Nigerians in captivity of insurgents. 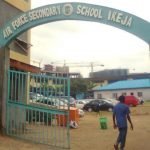 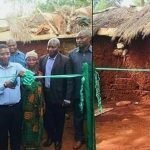