Imo State Governor, Rochas Okorocha has said that the state’s governor-elect, Emeka Ihedioha can even Investigate even the food he and his family ate in Government House from 2011 to 2019.

Ihedioha had earlier accused Okorocha of withdrawing N17 billion from the state treasury. He subsequently gave directives to financial institutions in the state against further transactions with the state government and vowed to “recover all properties acquired illegally by governor Okorocha.”

In reaction through a press statement by his Chief Press Secretary, Sam Onwuemeodo, Governor Okorocha who debunked the allegation by describing it as unfounded, said Ihedioha don’t have right to issue such directives to financial institutions until May 29.

Okorocha dared the incoming governor to probe him, even the food he and his family ate in Government House from 2011 to 2019.

The governor admitted that Ihedioha is politically smart but lacks the capacity to govern the state. He said:

“He does not have the mental or intellectual capacity to govern a highly endowed state like Imo. The guy is just smart politically. And political smartness is different from having the capacity for leadership or governance.”

Okorocha said the incoming governor is only showing signs of early failure by his utterances. While explaining that the state does not have such amount, irrespective of the state’s Internally Generated Revenue (IGR) and federal allocation, he challenged Ihedioha to mention how the withdrawal was made, whether it was withdrawn in cash or through transfer. He said:

“He should also know that with what Governor Okorocha has achieved, Imo people won’t entertain any excuse from him. If he likes, let him talk about Okorocha from now till when he will leave as governor. The die is cast. Action speaks louder than words. Blackmail or propaganda, which the People’s Democratic Party (PDP) invested heavily in, during the 12 years they governed the state, have become old-fashioned in the state at the moment.

“Ihedioha was contentiously declared a winner, on Tuesday, and on Thursday, he came up with the allegation of the government withdrawing N17 billion. He never mentioned how the withdrawal was made? Like we said earlier, he is not an intelligent guy. He can’t cope with the challenges of governance.” 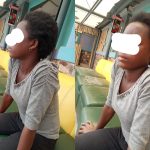 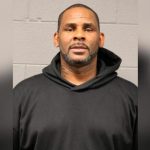