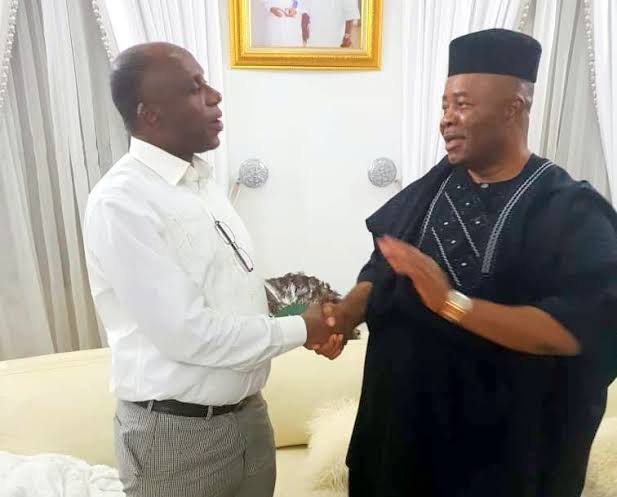 A Senior Advocate of Nigeria (SAN), Mr Festus Keyamo, disclosed this in a statement sent to Channels Television on Monday.

According to him, both leaders of the All Progressives Congress (APC) ironed out their differences when they met on April 14.

The SAN explained that the meeting which lasted several hours took place at the private residence of Alhaji Nasiru Danu (the Dan Amarna of Dutse), in the Asokoro region of Abuja, the nation’s capital.

He disclosed that the former governors “frankly and honestly” talked about their disagreements from their days as governors while they were both in the Peoples Democratic Party (PDP).

Keyamo added that Amaechi and Akpabio discussed and analysed the performance of the APC in the South-South region in the just-concluded elections and identified areas where things went wrong and how to improve those areas in future. He added:

“At the end, both leaders agreed to close ranks and work in unison for the overall interest of the party in the country.”

“They promised to put behind them all previously perceived misgivings between them and to give a positive direction to the teeming supporters of the party across the country.”

Innocent Nigerian Lady Who Was Detained In Saudi Arabia Over Drug Trafficking, Released