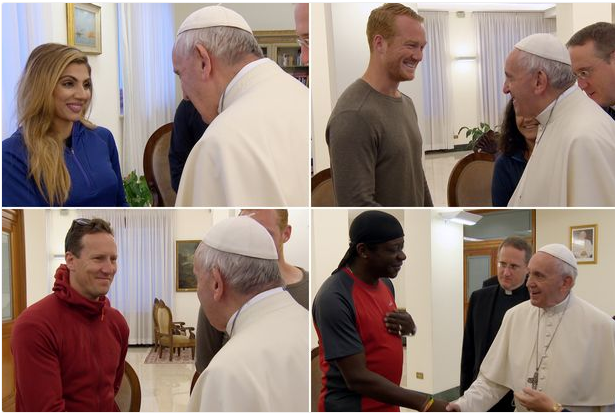 Pope Francis has said that ­anyone who select or discards gay people “doesn’t have a human heart”.

His surprise words – a departure from the beliefs of some Catholics – moved British comedian Stephen K. Amos to tears.

According to Mirror Online, the Pope also urged Stephen and other visiting celebrities to pray for him so he can do his job better.

In tomorrow’s (Friday’s) episode of the BBC2 series Pilgrimage: The Road To Rome, Londoner Stephen, 51, is among stars shown having audiences with Pope Francis in Rome.

Others include Brendan Cole, Lesley Joseph and Les Dennis.

Stephen told the Pope: “I lost my mother, three months ago I buried my twin sister, who were both very religious.

“So me coming on this pilgrimage, being non-religious, I was looking for answers and faith. But as a gay man, I don’t feel accepted.”

Francis replied carefully: “Giving more importance to the adjective [gay] rather than the noun [man], this is not good. We are all human beings and have dignity. It does not matter who you are, or how you live your life – you do not lose your dignity.

“There are people that prefer to select or discard people because of the adjective. These people don’t have a human heart.”

Stephen left in tears and said: “If it had been the answer I was expecting I would have walked out. Hearing what he said floored me.

“He gave me faith in humanity. He knows his response to my question… will have ramifications around the world. “He’s saying those who hold extreme religious views of anti-homosexuality or anti-abortion don’t have a human heart and that is huge.” 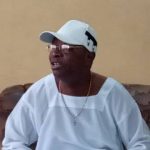 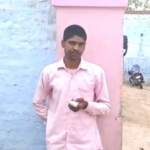