The Nigerian Police Force has arrested and paraded two of their officers attached to the Special Anti-Robbery Squad (SARS) over the killing of Kolade Johnson.

We reported yesterday that Kolade was shot dead by a SARS operative while he was watching a Premier League fixture between Liverpool and Tottenham Hotspur in Lagos on Sunday.

The Police has confirmed that the two suspected officers have been “subjected to internal disciplinary procedures”. They arrested officers include, Inspector Ogunyemi Olalekan and Sergeant Godwin Orji.

“The men suspected to have carried out the shooting of Kolade Johnson have been apprehended and subjected to internal disciplinary procedures.

“The CP has revealed their names as (1) Insp Ogunyemi Olalekan and (2) Sgt Godwin Orji attached to Anti Cultism Squad.”

Meanwhile, the Lagos police command led by Zubairu Muazu, the state commissioner of police, has paid a condolence visit to the family of Kolade Johnson.

The police in a short statement released via its Twitter page, assured the family of the deceased that those behind his death would be brought to book. The statement reads:

Johnson’s death has since sparked widespread condemnation, with a renewed call on the Federal Government to ban the Federal Special Anti-Robbery Squad (F-SARS) unit of the police. 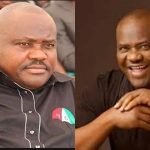 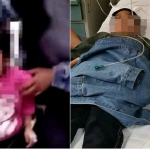