Nollywood actress, Juliet Ibrahim and actor IK Ogbonna have replied Tonto Dikeh after she called them out in an Instagram post.

Tonto Dikeh had taken to her Instagram page on Wednesday to call out her fellow colleagues whom she claims are gay and perpetual beggers in the entertainment industry in Nigeria. 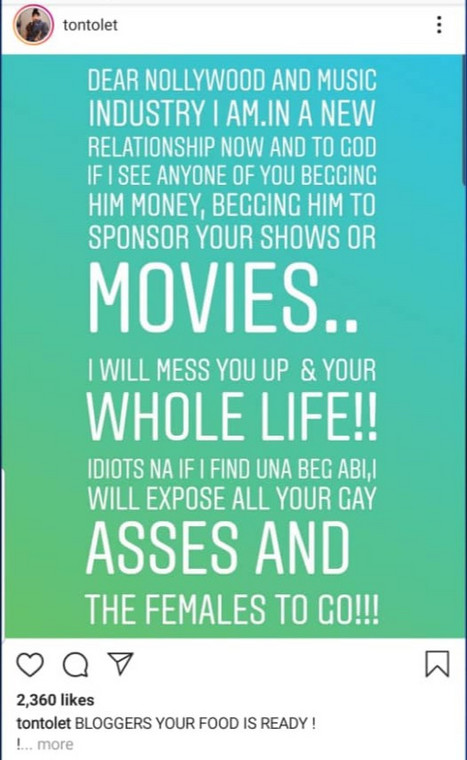 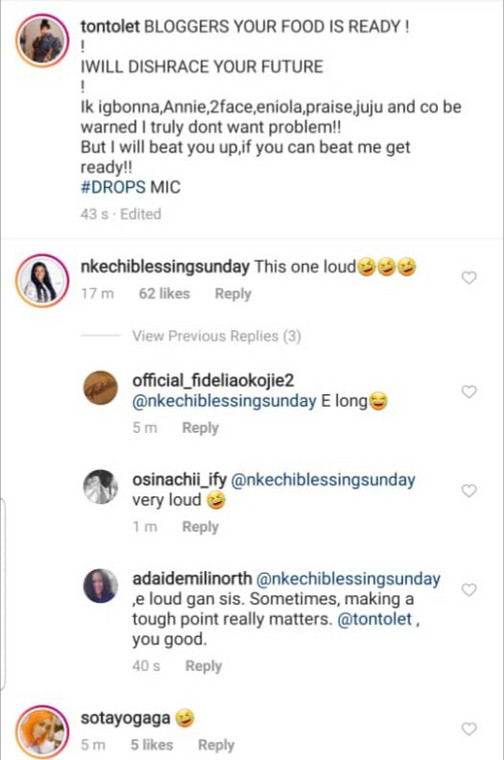 Apparently, Juliet Ibrahim is ‘Juju’. Responding to Tonto’s warning on her Instagram page, she wrote:

“They need to speak about me to get attention because if they spoke about themselves no one will care.” 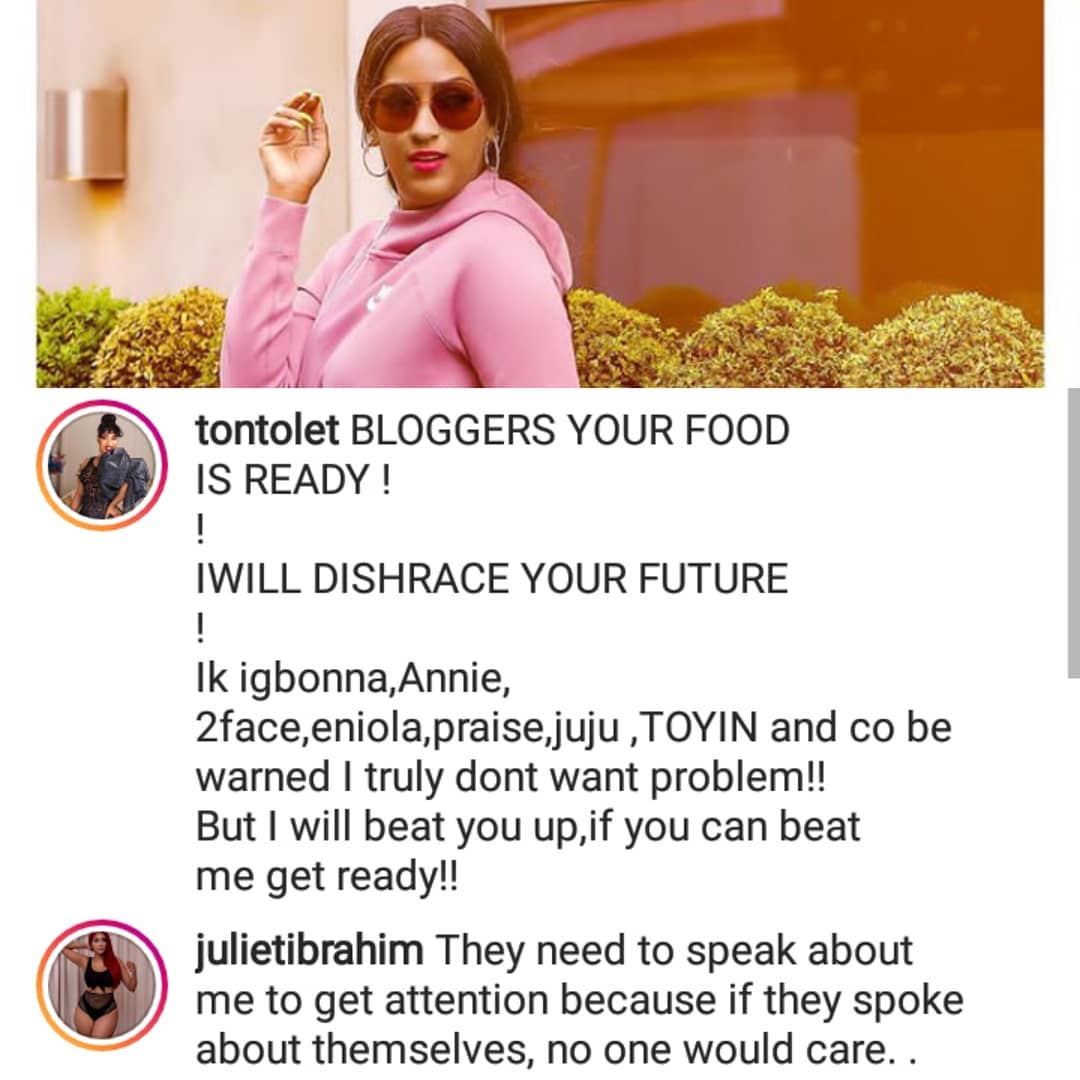 IK Ogbonna reacted with a proverb that is obviously directed to Tonto. He wrote: “When dog bark, throw in a bone.” 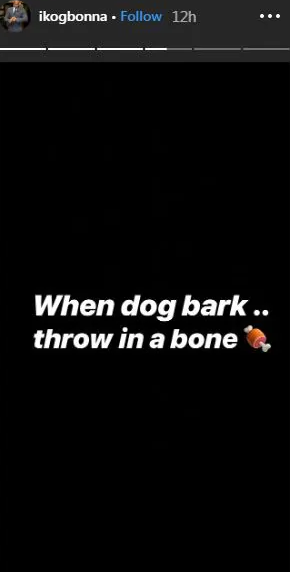 Tonto Dikeh swiftly replied him by asking about his supposed leaking behind. She also added that she is waiting patiently for the bone he will throw because she is not ready to stop barking. 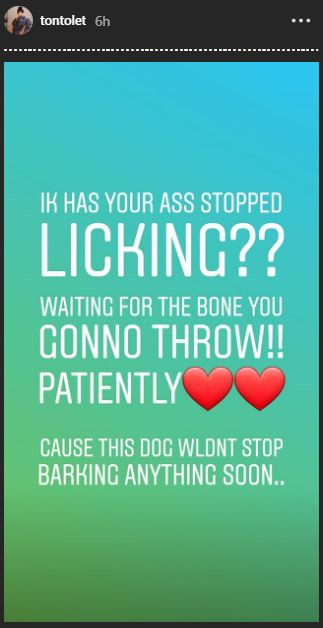 Subsequently, IK replied with a post which suggests he is not ready to continue trading words with the actress. He wrote: “Dear Tonto, the number you are trying to call is not available at the moment…pls try again later *dog bone emoji*” 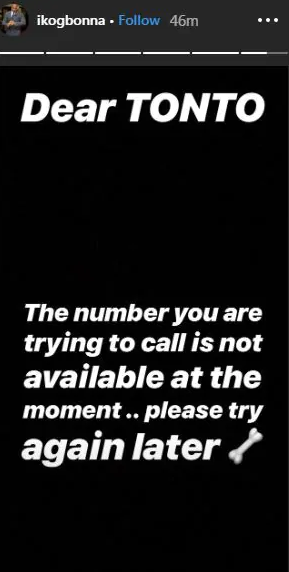 Tonto not being one not to have the last word has also responded…again. She advised the actor not to be available because he would not be able to end it. 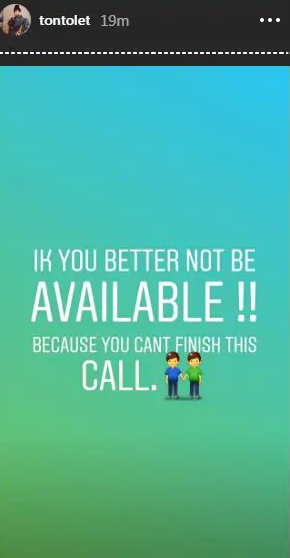