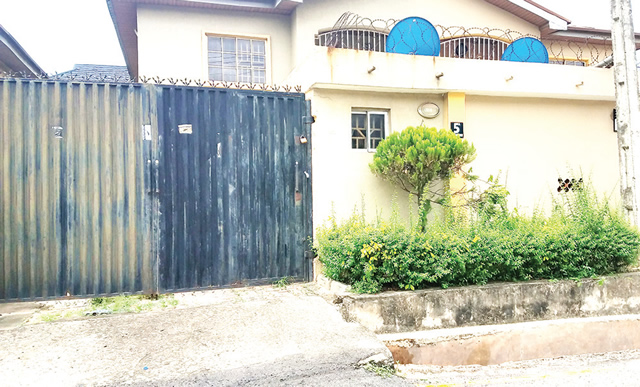 The decomposing corpse of a Lagos businessman identied as Oluwaseyi Ishmael, has been found in his apartment at the Magodo Phase 2 area of Lagos State.

It was gathered that Oluwaseyi, while soliciting the assistance of his family members, had allegedly threatened to kill himself if they refused to support him to raise funds to pay his house rent.

It was learnt that few days after the 45-year-old Oluwaseyi contacted his family, his decomposing corpse was found at his No 5B Ogedengbe Crescent, Magodo Phase 2 residence.

A neighbour of the deceased said a strange odour had been coming from the deceased’s house, adding that they discovered that it was Oluwaseyi’s corpse that was smelling when one of his relatives and the estate’s security guards forced their way into the apartment.

“Oluwaseyi stayed alone and used to lock himself inside the house for up to three months without coming outside. If he wanted to get something, he usually peeped through the window of the security house to communicate with people to help him get the thing. His house does not have light or generator; even the windows of the house are always closed.

“Before his corpse was discovered, we perceived a strange odour in the area but our thinking was that it was something else. We would not have known that he had died if not for his relative, who visited him and was unable to gain access into the house.

“Calls made to his mobile telephone did not go through; so, the relative was forced to alert the estate’s security about the situation and they came to force the door open only to discover his decomposing body.”

Another source, who did not want his name in print, alleged that Oluwaseyi had threatened to kill himself if the family refused to support him in paying his house rent, adding that his corpse was discovered few days after he reportedly made the threat.

“Oluwaseyi had contacted members of his family on the telephone and threatened to kill himself if they refused to provide financial support to enable him pay his house rent. Few days after he made the contact, his remains were found inside his room after the door was broken down,” the source stated.

A close relative of the deceased, who identified himself simply as Ade, said Oluwaseyi had informed his sister that he was sick, adding that he discovered that the businessman had died when he checked up on him at his place of residence.

He stated that the claim that Oluwaseyi committed suicide because his family did not support him to raise the house rent was unfounded; adding that the result of the autopsy conducted on his corpse was inconclusive. Ade said:

“Oluwaseyi called his sister to inform her that he wasn’t feeling well and the sister informed his elder brother, who was out of the country, about his condition and that she had not heard from him days after the call.

“The brother contacted me to check up on him and when we got there, we called him but his phone was switched off. So, because he stayed in a gated estate, we had to involve the security guards, who helped us to gain access into his house where we discovered that he was dead.

“We reported the case to the police and they came for inspection and arranged for the corpse’s evacuation to the Lagos State University Teaching Hospital, Ikeja, for autopsy so as to determine the actual cause of death.

“But because his corpse was not fresh, they could not determine the primary cause of death. There was nothing in the autopsy to suggest any kind of foul play, so the result was inconclusive.

When contacted, the state Police Public Relations Officer, Bala Elkana, said homicide detectives from the state police command were deployed in the scene of the incident to evacuate the remains of the deceased to hospital for examination.

Elkana said, “On Tuesday, May 7, 2019, around 4.05pm, we got a report that one Oluwaseyi Ishmael called his relative on the telephone and threatened to kill himself if the family refused to support him in paying his house rent. The complainant stressed that when he visited Oluwaseyi’s residence, he smelt an offensive odour from the room where the said Oluwaseyi locked himself and that they had to break down the door to access the room.

“His decomposing body was found in the room and the homicide detectives evacuated his remains to hospital for medical examination.” 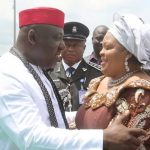 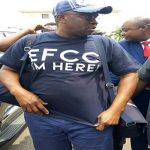