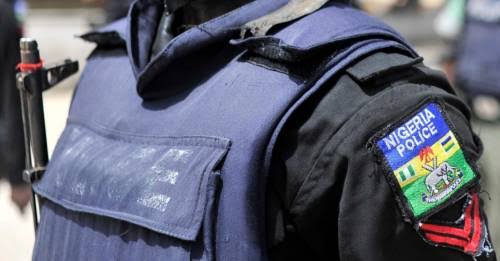 A policeman simply identified as Edward, attached to the Highway Patrol Team of the Lagos State Police Command, has committed suicide after shooting his wife dead for filing a divorce against him.

We gathered that fight broke out between the couple on Sunday and the policeman allegedly killed his wife, an inspector with the Nigerian Correctional Service (NCoS), inside the prison barracks at Awolowo Road in the Ikoyi area of the state.

A neighbour who spoke on the condition of anonymity said there was a previous quarrel between the couple in their flat, which snowballed into a fight.

The man was said to be angry when his wife who was harbouring her husband in the barracks asked him to leave the apartment. The woman did not stop at verbal threats, as she followed it with divorce papers.

It was further gathered that the couple were in the habit of quarrelling and their situation worsened after the woman opted out of the union.

Her threat, it was learnt was borne out of the man’s alleged mistrust and possessive nature.

In the heat of the disagreement, the policemen cocked his gun and fired at his wife. He was said to have thereafter shot himself in the head.

It was gathered that the policeman was allegedly drunk at the time he pulled the trigger at close range.

Policemen were said to have evacuated their bodies just as most occupants of the building have fled the compound for fear of possible arrest. 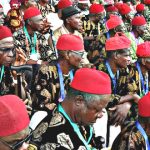