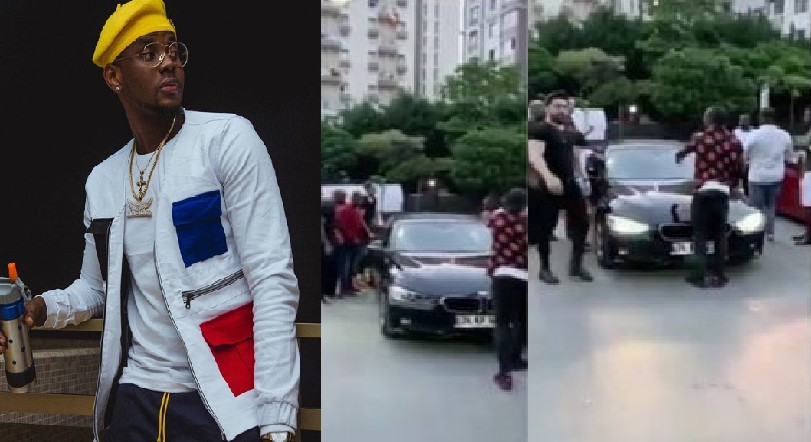 We gathered that Kizz Daniel touched down Turkey on June 17, to perform and thrill his fans residing in the country straddling eastern Europe and western Asia. After his performance, the singer was flooded by a number of fans and had to be protected by guards back into his vehicle.

However, one of the fans demanded to take a photo with the star but was left hanging and decided to go ballistic.

In a video clip which is now making rounds on the internet, the disappointed fan can be seen acting out and demanding to take a photo with Kizz Daniel.

The fan was throwing a tantrum and demanding to take a photo with the singer. Kizz Daniel on noticing the man, alighted from his car and blatantly refused to take photos with the supposed fan which made the fan to get violent, shouting, ‘I no go gree…’