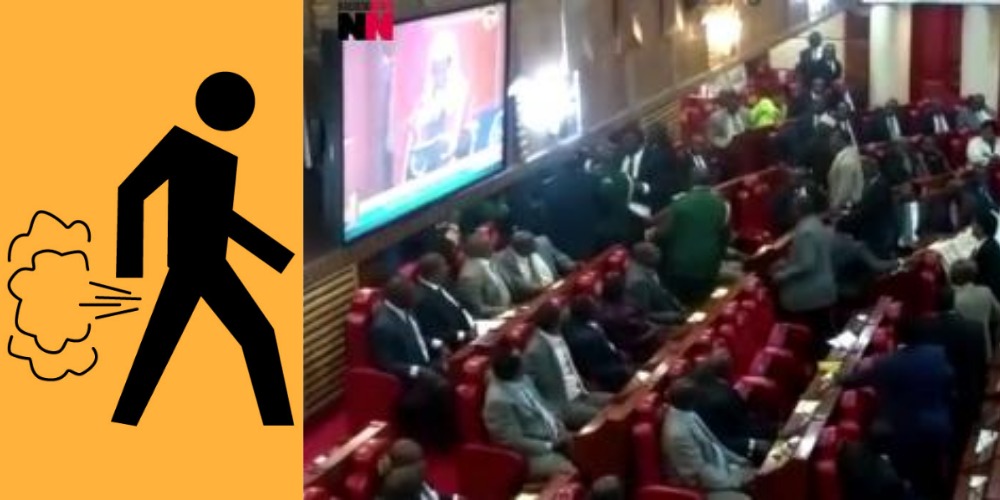 Speaker of Kenya’s Homa Bay county assembly did not hesitate to bring proceedings to a halt after one of the members farted leaving other members including the speaker suffocating from its smell.

The dramatic incident happened during a debate shortly after members of the assembly had returned from a 1-hour lunch break.

According to Daily Nation, Homa Bay Town East lawmaker, Juma Awuor was on the floor debating about lack of sheds in the local markets when the presiding Speaker Edwin Kakach interrupted the session.

He asked Juma Awuor to hold on with the contribution upon seeing a group of male lawmakers who were in a heated argument while pointing fingers at each other.

As he tried to figure out what the matter was, Central Karachuonyo lawmaker, Julius Gaya stood up and said: “Mr speaker, one of us has polluted the air and I know who it is.”

Meanwhile, the unnamed colleague whom Julius Gaya accused of polluting the environment denied the allegation saying, “I am not the one. I cannot do such a thing in front of my colleagues.”

As the accusations and denials continued, the speaker realized that his members were suffocating from the odour, hence he ordered the sergeant at arms to deodorise the building with air freshener.

“Let the sergeant spray the air with fresheners to make it pleasant. Get whatever flavor you will find in any office, whether it’s vanilla or strawberry. We cannot continue sitting in an environment that smells bad,” Edwin Kakach directed.

Interestingly, by the time sergeant could reach for the air freshener after rushing from one box to another, the stench had subsided and proceedings resumed. 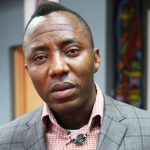 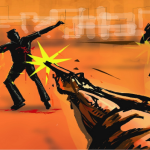