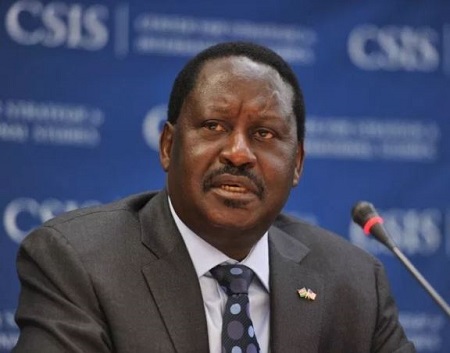 A Former Kenyan Prime Minister and opposition leader, Raila Odinga, has used Nigeria as a subject of laughter to crack a corruption joke at a summit in Nairobi, the Kenyan capital.

Raila Odinga, while speaking at a multi-sectoral National Anti-Corruption Conference which also had in attendance the country’s president, Uhuru Kenyatta on Friday, said when he was the minister for roads, public works and housing (2003 to 2005), he was told a story about a Nigerian minister.

Odinga narrated how the Nigerian minister was taken on a tour in Malaysia to showcase various infrastructural projects by his Malaysian counterpart.

The tour ended with a dinner at the Malaysian minister’s palatial home. He said:

“At the end of the evening, he (Nigerian minister) asked his host how he had managed to do so well for himself to which the Malaysian minister took the Nigerian to his balcony and showed him a highway far off. ‘You see that highway, 10% here’ the Malaysian said,”

Odinga narrated that a fraction of the fund for the road had gone back to the Malaysian minister in kickback used to build his impressive home. The audience burst in laughter.

Then, it was time for the Nigerian minister to showcase his acquisition as a proceed of corruption.

The Malaysian minister was visiting the Nigerian minister. The two toured parts of Nigeria and, unlike Malaysia, the roads in African country were in terrible conditions with potholes everywhere.

After the tour, the Nigerian took the Malaysian to his Lagos home.

“He found an Olympic sized swimming pool, the sofa sets were imported from Britain, most of the kitchen-ware were golden,” Mr Odinga said describing the Lagos home.

The Malaysian asked how his friend (Nigerian minister) had accumulated wealth and was taken to the balcony.

“Do you see that highway there?,” asked the Nigerian minister, but the Malaysian could see nothing.

“‘But I don’t see anything’ the foreigner said. The Nigerian explained, ‘That highway, 100% here’.” Odinga concluded, provoking laughter in the hall.

He meant that the entire allocation for the road project had been diverted for private use – to built a magnificent home – by the Nigerian minister.

Nigeria is Africa’s largest economy and largest oil exporter, having what the country needs for development generously in place. But widespread corruption as well as mismanagement has meant the human capital enhancement and infrastructural services entitled to or paid for by citizens are either not rendered at all or perfunctorily done, submitted a professor of political science, Femi Mimiko.

But Odinga’s country, Kenya, is barely better. Corruption is an insidious problem too.

Concluding his speech on Friday, Odinga asked his country people to stop glorifying corrupt people and lamented that the country’s judiciary is giving corruption suspects “too much” leeway. 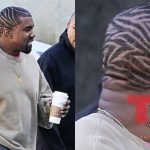 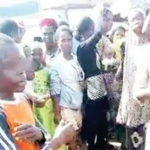