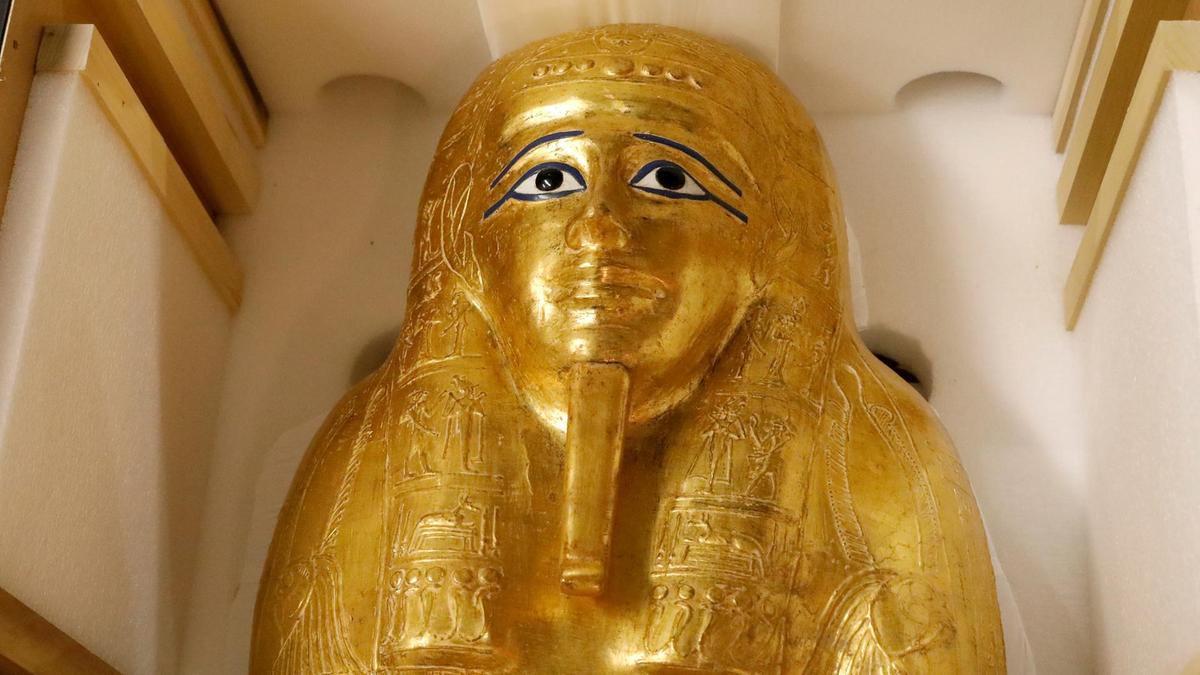 US authorities have returned a stolen ancient Egyptian coffin of a priest called Nedjemankh that was acquired by the Metropolitan Museum of Art in New York City.

The 2,100-year-old gilded coffin was acquired two years ago by the Metropolitan Museum in New York City after it was stolen and smuggled out of Egypt in 2011.

Officials said the grand and ornate coffin had been buried in the country’s Minya region for 2,000 years before it was stolen. 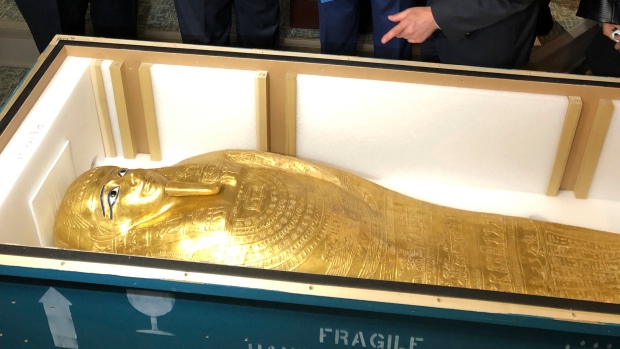 The coffin, which dates back to the 1st Century BC, was bought by the prestigious museum for $4m (£3.2m) from a Parisian art dealer and made the centre piece of an exhibition.

It was first shipped to Germany where it was restored before being transported to France.

The museum was given a forged 1971 Egyptian export licence, among other false documents, prosecutors told US local media.

“Thus far our investigation has determined that this coffin is just one of hundreds of antiquities stolen by the same multinational trafficking ring,” Manhattan District Attorney Cyrus Vance said at a repatriation ceremony in New York on Wednesday, adding that there could be more similar seizures. 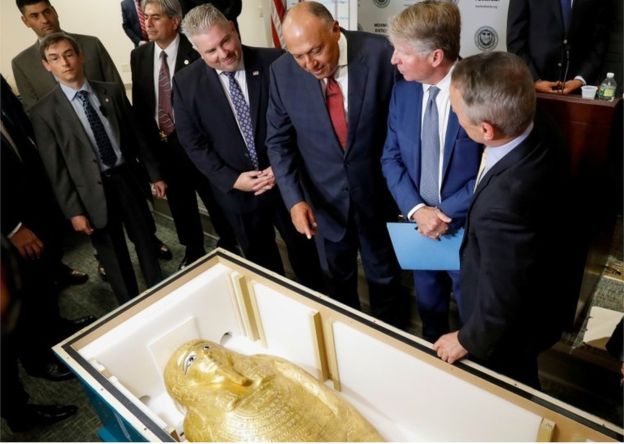 In reaction, the Egyptian Minister of Foreign Affairs Sameh Hassan Shoukry said, “This is not only for Egyptians but this is for our common human heritage,” quoted by Reuters. 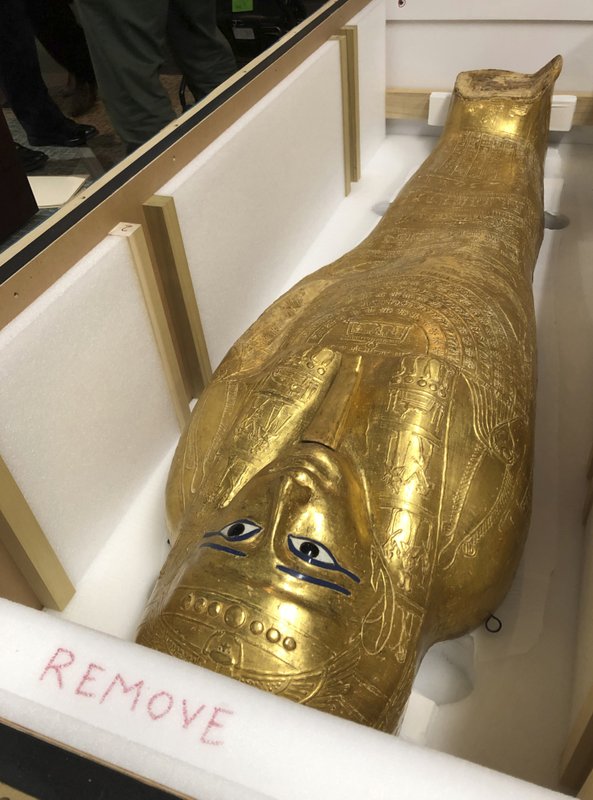 Related Topics:ArtEgyptgistNedjemankhNewsphotosPoliticsUnited StatesWorld
Up Next