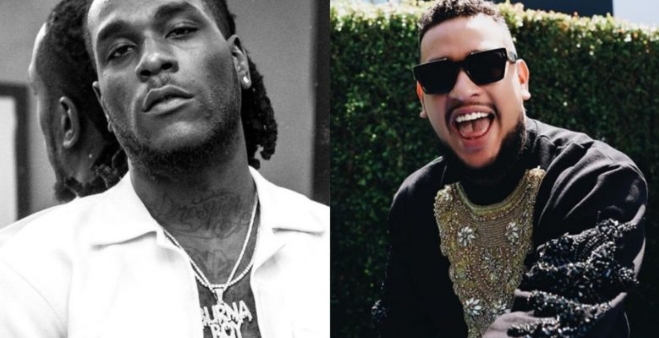 South African rapper, AKA has dared Nigerian singer, Burna Boy, to lay his hands on him, ahead of his performance at the Africans Unite concert 2019 in South Africa.

KanyiDaily recall that during the heat of the xenophobic attacks in South Africa, Burna Boy in a now-deleted tweet, threatened to beat up AKA whenever they cross paths.

Burna Boy later vowed not to set his foot in South Africa again, except a miracle happened in fixing the xenophobia in that country.

Now, Burna Boy, Kwesta and other African acts are set to headline a concert in November to unify all Africans and speak out against femicide.

Upon seeing Burna Boy’s name on the line up, AKA called him to lay his hands on him in his country. 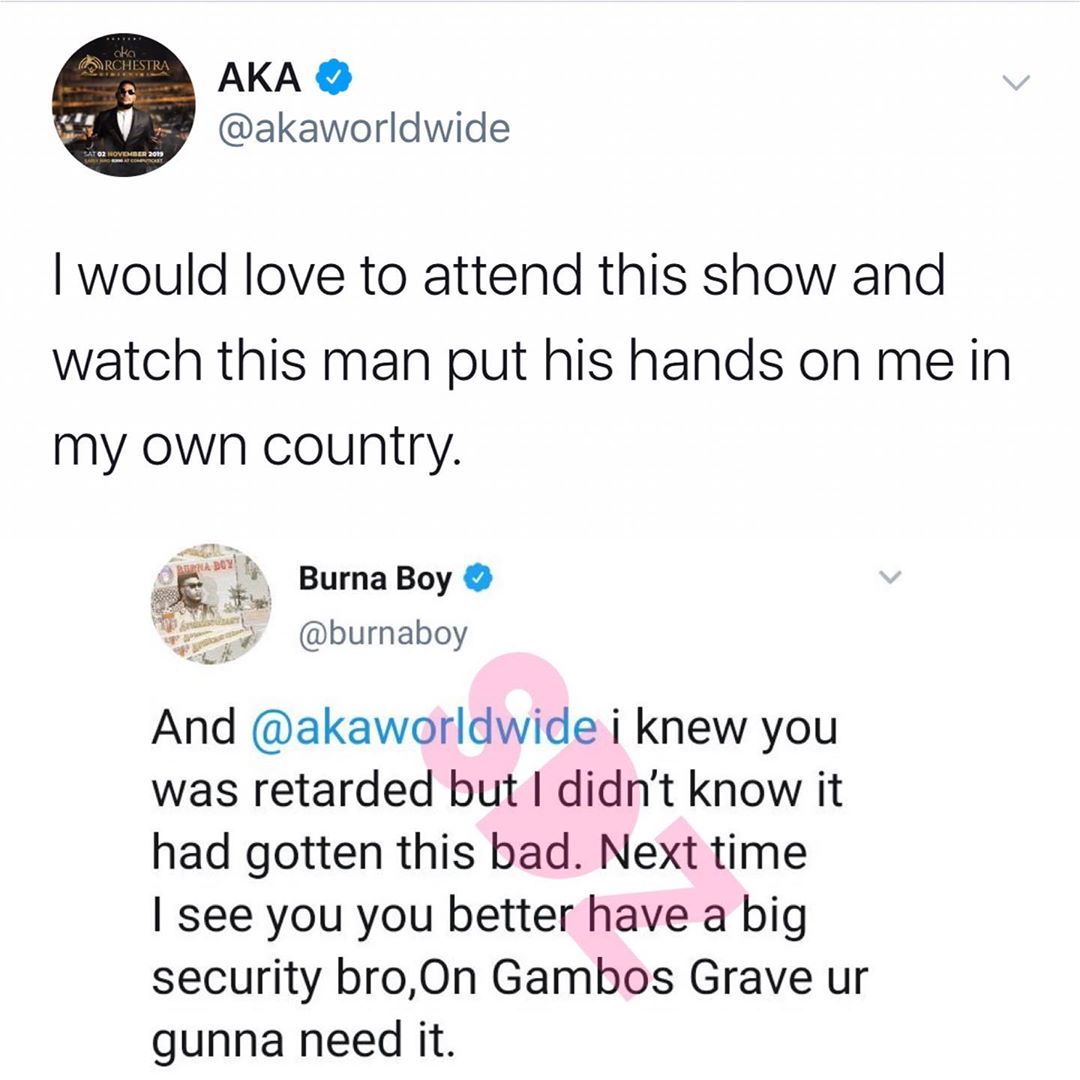 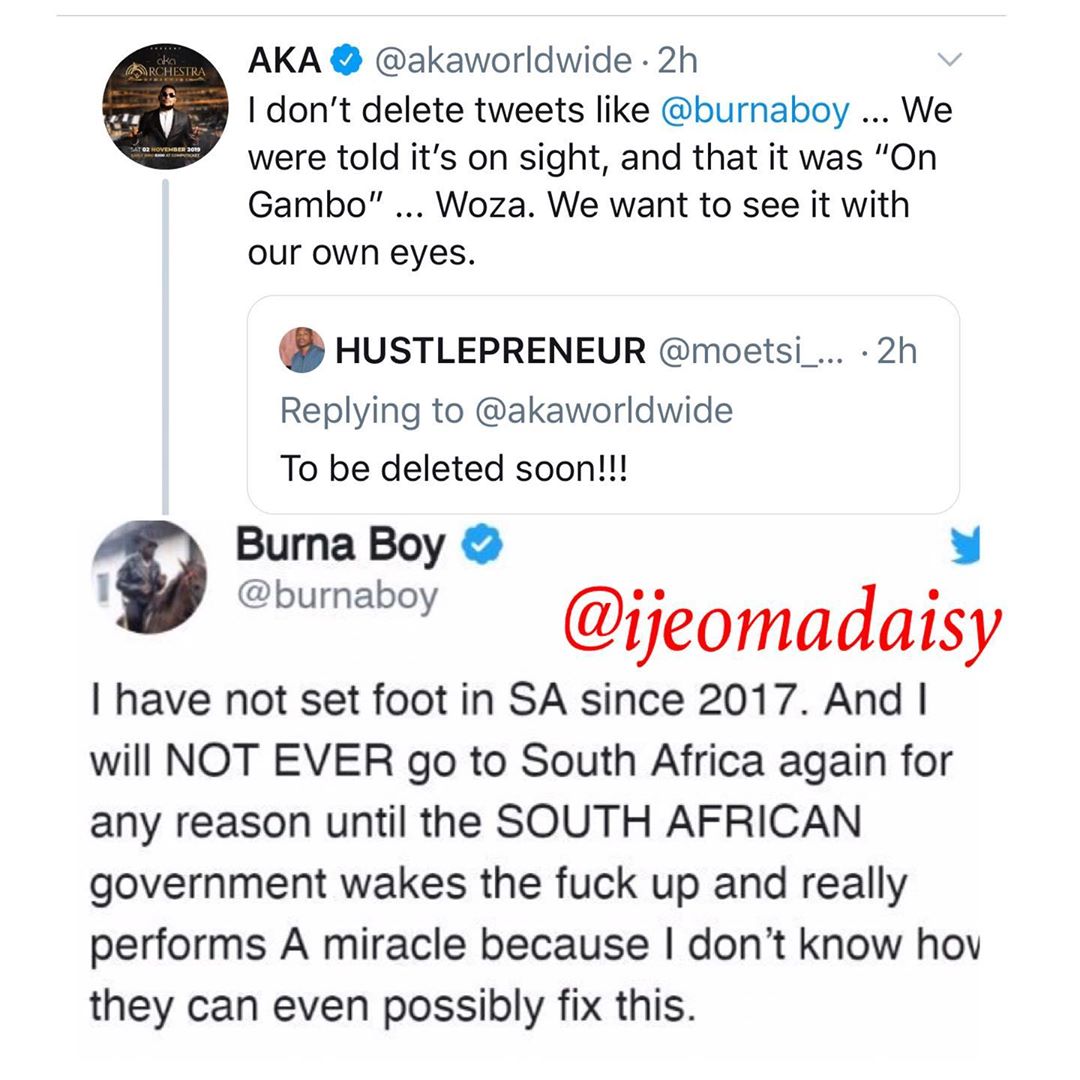 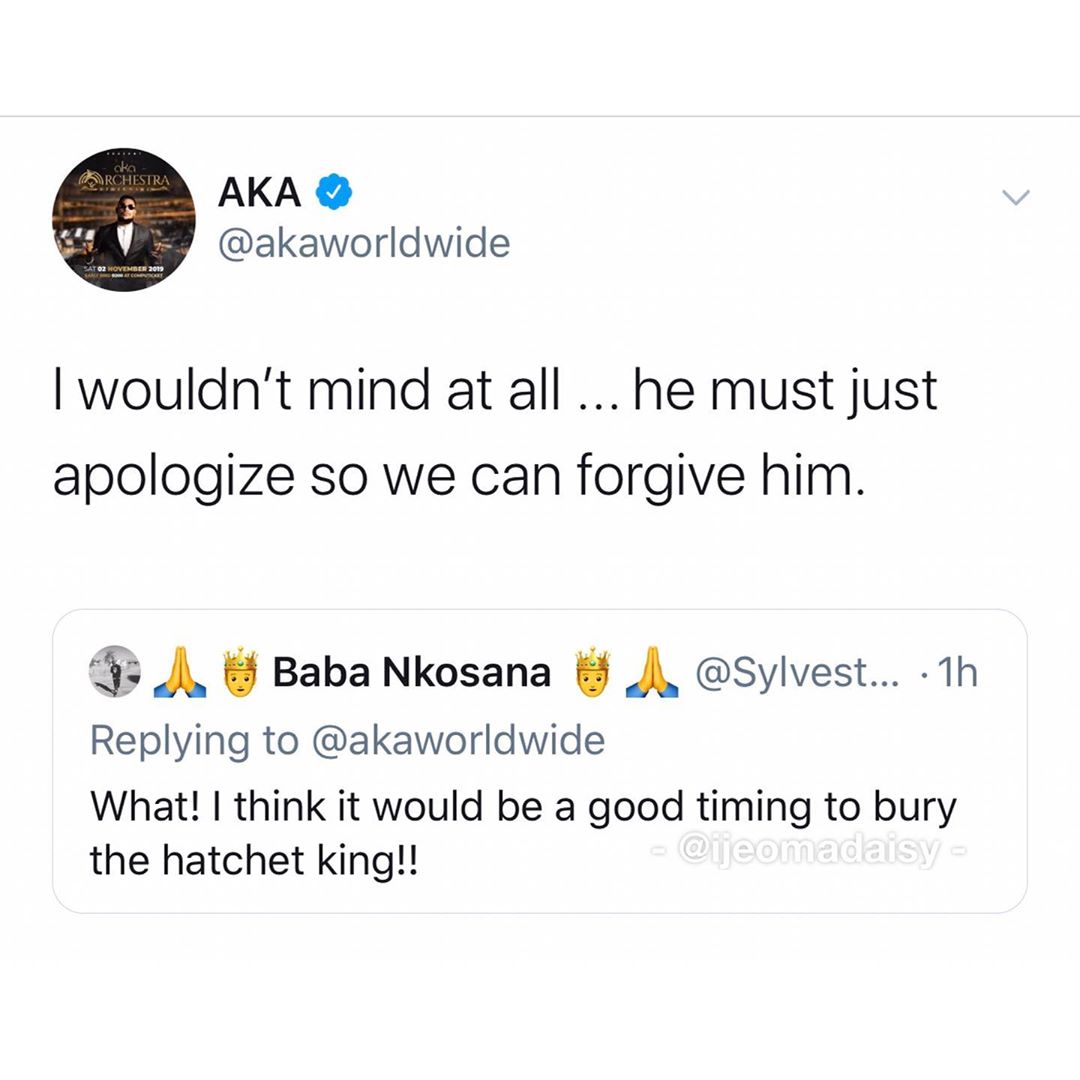 Naira Marley In For More Trouble As EFCC Finds Stolen UK, US Banks’ Credit Card Info On His Laptop