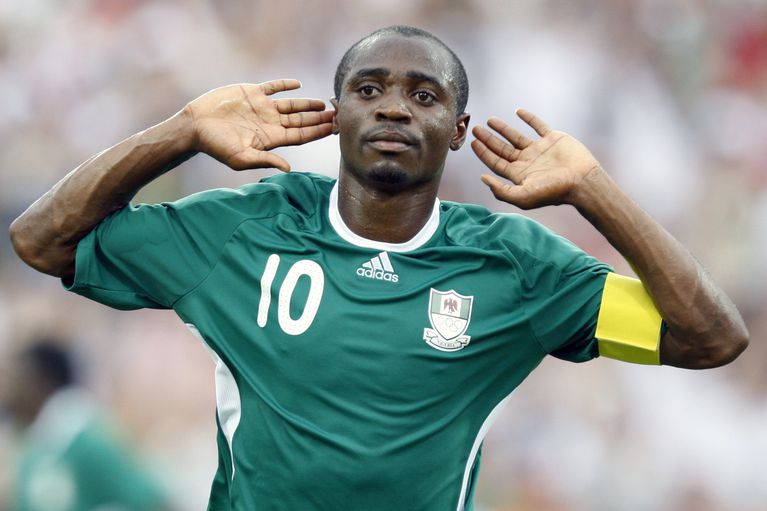 Promise Isaac, who captained Nigeria to the 2008 Olympic silver medal, has died after collapsing at his apartment gym in Austin, Texas, United States.

The 31-year-old was said to have died on Wednesday night, October 2, 2019, with no specific cause of death stated by the police.

Police said authorities were called after a report of a deceased person at Isaac’s apartment building but no further details were immediately available.

His death was confirmed by his US football club, Austin Bold FC, they stated that Isaac collapsed at the apartment gym and no foul play was suspected.

“The greatest loss a team can suffer is not on the scoreboard, it’s the death of a fellow teammate.

“It’s with shock and grief that we acknowledge the sudden death of Promise Isaac.

“On behalf of the BOLD organisation; we wish his wife, children and family strength and peace as they struggle to cope with his death.”

Prior his death, Promise Isaac was a Nigerian football player who played for Austin Bold FC in the USL Championship. He was the captain of the Nigerian football team that won the silver medal at the 2008 Summer Olympics in Beijing. He played professionally for 14 seasons, much of which was spent in Turkey.

BBNaija: Mike’s Wife Arrives Nigeria For The First Time Ahead Of Grand Finale On Sunday