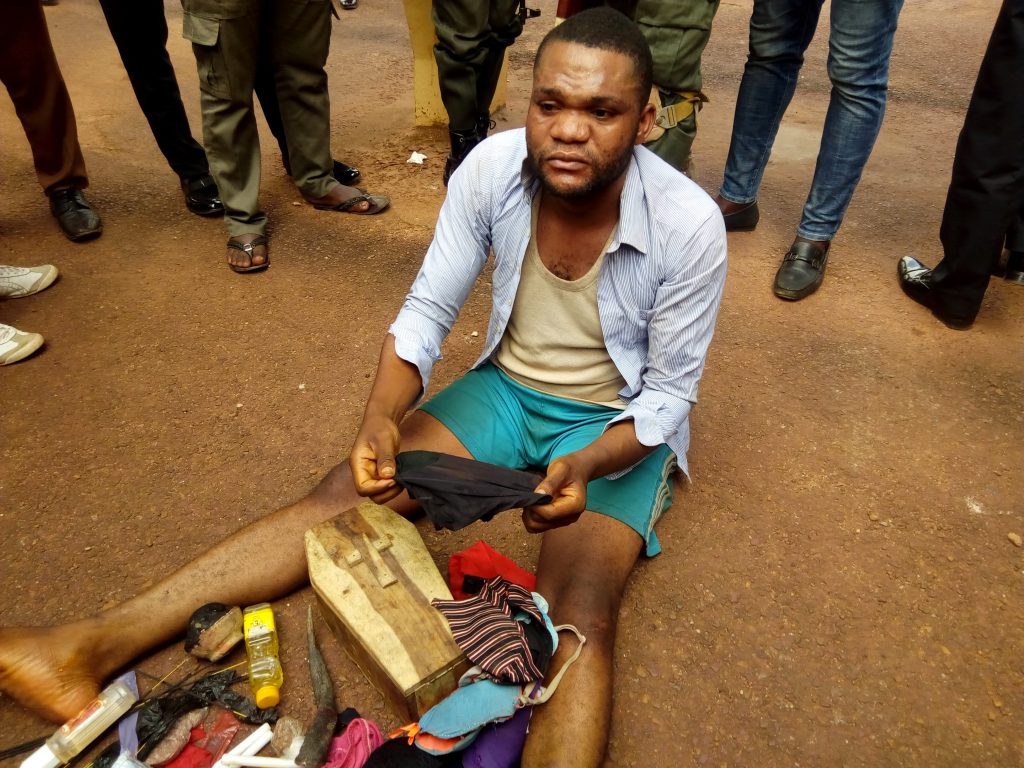 Pastor Egbo was arrested and paraded on Tuesday for allegedly raping a female member who had come fo him for prayers.

Following his arrest, the police recovered a small coffin, multiple female pants and braziers from his house.

While Speaking with journalist, the pastor said he procured the coffin and other items from a native doctor in Kogi State, with the hope of making money and attracting favour. He said:

“I paid the native doctor N200,000, to get the coffin and the flute. He told me to do certain things, after which I will get a Ghana-Must-Go bag full of money in my room.

“But after two weeks, the money did not come as the native doctor told me.”

The Police Headquarters, the Police Commissioner, Ahmed Abdur-rahman, said that the fake man of God had on November 9, 2019, allegedly invited one Ukwueze Ifebuche Blessing with the pretence of having a crusade on that faithful day by 6pm.

According to the Commissioner, the suspect asked the victim to come along with the picture of her sick brother for prayers.

“On arrival, the Pastor took her to his house and left with the pretence to go and bring other people who were supposed to come for the programme but returned about 11pm and dragged her to his room, brought out a magic Stone and threatened to kill her if she raised an alarm.

“He ordered her to remove her clothes, she refused and the Pastor slapped her and forcefully tore her clothes and raped her,” Ahmed said.

“The Pastor not satisfied, seized her pant, brazier and brought small a bottle and wanted to insert it into her private parts, and she struggled and ran naked to the door and shouted which attracted neighbours who came and invited the Police for her rescue and the Pastor was subsequently arrested.”

The suspect confessed to committing the crime to journalists when he was asked to narrate why he was arrested by the police. Egbo said:

“I actually raped her in my house. I wanted to have sex with her but she refused. So, I raped her.”

He left advice for Nigerians and other men of God.

“I believe I was deceived. So, I’m advising other men of God to follow the ways of God. There is no need seeking power and favour from wrong ways.

“I also advice Christians to be mindful of the places they go for prayers,” he said.

Also paraded was an Inspector of Police, Maaling Peter of Rijana Police Station, Kaduna State, and two others for alleged kidnapping.

The CP assured residents of the Coal City State of adequate security, with a warning on all criminals to turn a new leaf or leave the State. 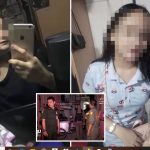