KanyiDaily had earlier reported that Danjuma warned that the nation is in a ‘big hole’, saying if he reveals what is happening in the country, Nigerians will no longer sleep.

According to him, everyone seems to have lost their voice in terms of speaking against “governance collapse.”

“In Yorubaland, everybody seems to have lost their voice, scared. And people appear not to care about what is happening. If I tell you what I know that is happening in Nigeria today, you will no longer sleep,” Danjuma said.

“So, Chief Ayo Adebanjo’s warning and advice is very timely. If you want details, I will give it to you privately.

“We are in a big hole as nation. And people who put us in this hole have continued today. So, we’ve to wake up. Only we can save ourselves.”

Reacting to the statement on his Twitter page, Fani-Kayode called on Danjuma to give details of whatever he knows about Nigeria before it is too late, as they country is already being ruled by “crude barbarians”.

Fani-Kayode further noted that Nigerians have already lost their sleep, so they have nothing so lose.

“Would someone please tell Gen. T.Y. Danjuma that if he wants to talk he should talk!,” Fani-Kayode wrote.

“Nigerians have already lost their sleep! We are already a vassal state being run by crude barbarians and we have nothing to lose.

“He should talk now before it is too late or forever hold his peace!” 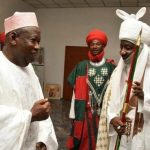 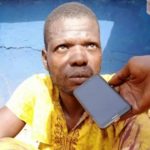