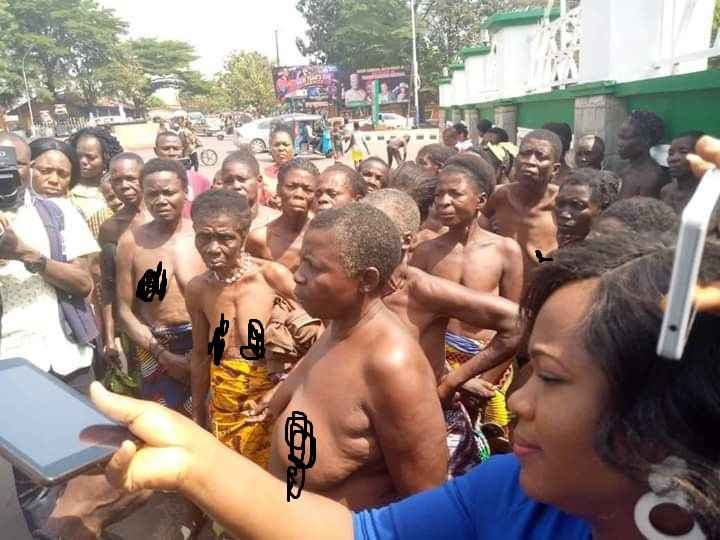 Over 100 elderly women from Agubia community in Ikwo Local Government Area of Ebonyi State, on Monday, took to the streets half-naked to protest against the arrest of nine of their sons by security agencies and burning of houses in the community.

The women who were aged between 80 and 100 years, stormed the Ebonyi State government house to protest against the incessant arrest of their sons, burning of houses and destruction of lives and property in Agubia community.

The women were said to have trekked from the village to the government house. At the gate, the women lamented that they couldn’t hold it any longer as two of their sons were again arrested at the weekend during a wedding ceremony in Abakaliki. 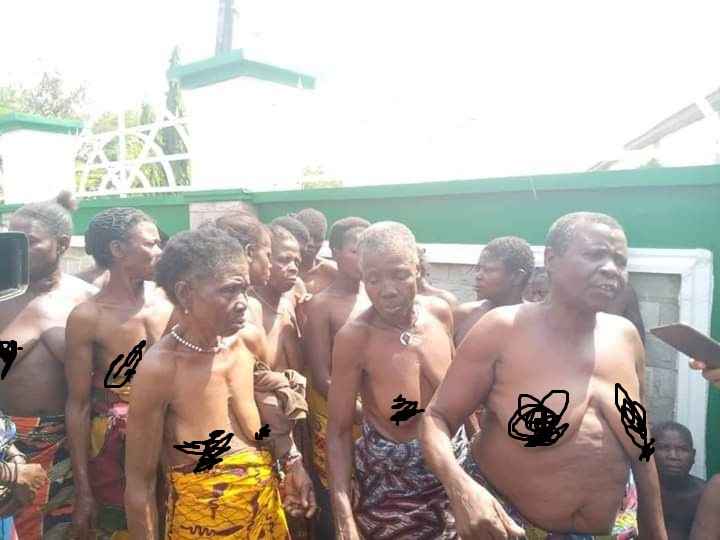 Speaking on behalf of the women, Mrs. Mercy Nwali, said the protest was to demand urgent and amicable resolution of the matter as their lives are in danger.

“What we demand is that all of them should come home so that we can make peace. They shouldn’t be in town here and be terrorizing us in the village. We no longer sleep in our homes and we want the government to intervene”, she explained. They also called for the immediate release of their children who had been in detention.

Another aged woman, Mrs. Juliana Nwali, who gave the names of her children arrested as Igwe Nwali, Chikwendu Nwali, and Chineme Nwali, vowed not to leave the government gate until they were released to her.

It was gathered that three weeks ago, there was a bloody clash between two rival groups on who would control Agubia motor park. The clash claimed the life of one Chinedu Nwali, and left many others injured, while houses, cars and other valuable property were damaged. 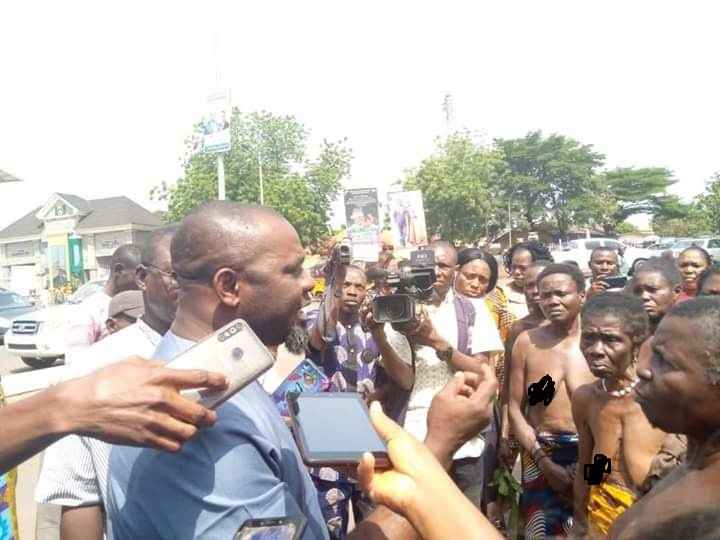 Addressing the women, the Commissioner for Internal Security and Border Peace, Stanley Okoro Emegha, assured them of the readiness to the government to address all their concerns, so that absolute peace would return to the area.

“What we want is peace. We are tired of running away from our home. We want the governor to help us, release our children from detention” the protesting women cried.

There was a mild drama during the protest as the protesting women refused to enter into a bus provided by the state government to take them home and the money given to them was also rejected.

The women insisted that they prefer to trek back to their refuge home since their houses were completely burnt down. 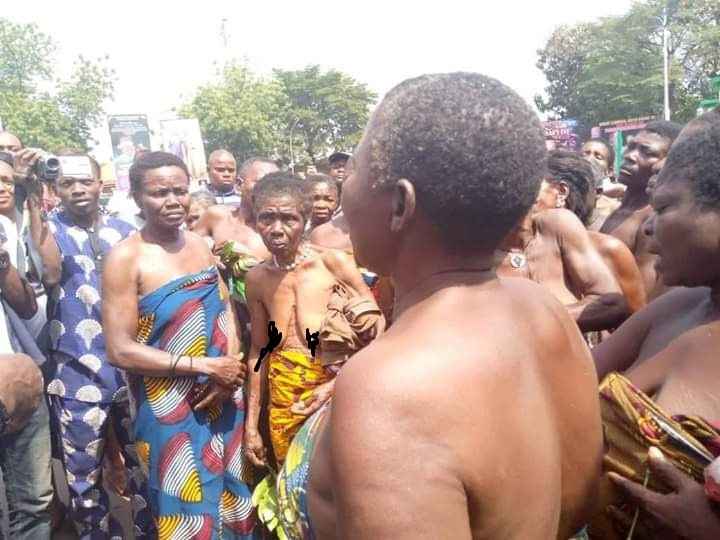 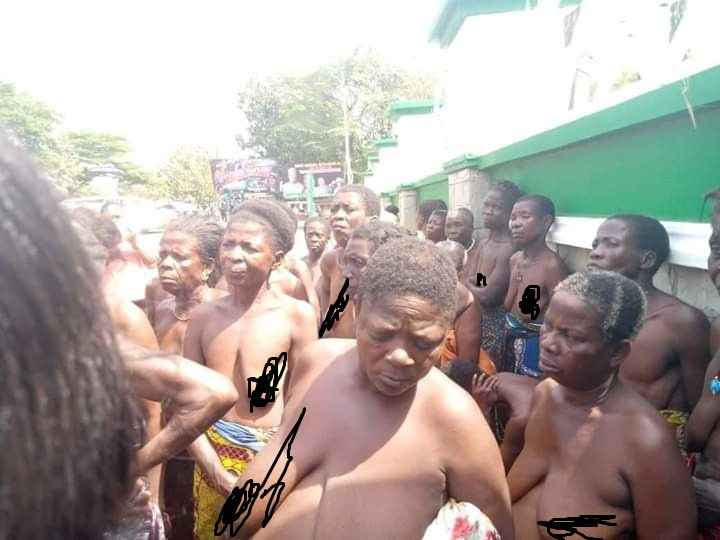 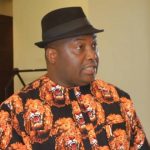 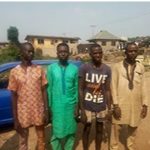