Women of Ewu-Urhobo community, Ughelli South Local Government Area, Delta State, during a protest at the Ewu-Edjokota Road on Monday early morning, cried out that suspected herdsmen attack, rape and chase them away from their farmlands.

According to Vanguard, the women alleged that the armed herdsmen often claimed that all lands in the country belonged to President Muhammadu Buhari.

Woman leader of the community, Mrs. Queen Dieseruvwe, stated that the herdsmen now operate with effrontery, telling them that “all lands in Nigeria, including our communal lands belong to President Muhammadu Buhari.”

“They also claim that we have no rights to prevent them from grazing on our farms because President Muhammadu Buhari owns all the land in Nigeria, hence we cannot claim ownership of the land.

“They uproot our cassava, feed it to their herds and when you try to resist them, they attack you with machete and maim you if you are lucky as some others, or even shoot you.

“So, this is the reason we have barricaded the road as all efforts to reach the governor, police and other security agencies to evict these evil herdsmen from our community have been  futile,” she explained.

The women, who laid siege to the Ewu-Edjokota Road, penultimate Monday, as early as 6.00 am, alleged that the armed herdsmen, who take turns to defile them and maim those that refuse to yield to their lustful desires, feed their herds with their farm produce.

One of the ladies in the community was not as lucky as Madam Atigogo as she died from wounds inflicted on her by herdsmen, who attacked her in her farm and tried to rape her.

A villager simply identified as Mama Ufuoma told NDV that her death sparked the latest protest.

“She was at her farm with one of her children weeding unknown to them that a group of herdsmen were within the vicinity. The herdsmen immediately pounced on her and tried to rape her.

“While trying to resist them amidst screams, they attacked her with their machetes leaving deep cuts on her and fled into the bush when people came to the scene. She was rushed to the hospital after losing a lot of blood, but died at the hospital,”

Besides attacking them in the farms, they further alleged that the herdsmen usually laid ambush and robbed traders going to local markets of their goods and flee into the bush.

Condemning the attacks on the women, leader of the Muslim community in Ughelli South, Imam Muhammad Okotie, said: “The Muslim community condemns these attacks and we are doing everything to ensure that these bad herdsmen are brought to book. We are also trying to make sure that Muslims in the area leave in harmony with the locals. 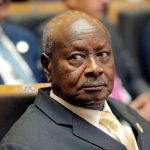 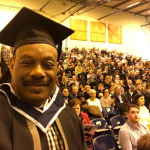