Ugandan President Yoweri Museveni, while stating how important it is for politicians and civil servants to stick to their role in government on Sunday, said cooking is a woman’s job and men shouldn’t cook.

According to 74 years old Museveni, as the head of the family, he hadn’t stepped into the kitchen since his 45 years old marriage, and that’s how it should be.

Well, not long from making that statement, he began being roasted from every angle by Ugandans.

Oxfam’s International Executive Director, Winnie Byanyima, proved the president wrong and said cooking should be done by both men and women.

Cooking isn’t a woman’s job. It’s a life skill. All people — men and women — should cook.

When cooking, cleaning and doing other domestic chores are left to women, they are denied an equal chance to raise incomes or to be politically active.

Museveni has revealed to the world what he has always believed in: that women can never be the same as their male counterparts.

According to Watchdog Uganda, Museveni’s comments are consistent with the country’s culture, which sees men cooking as “taboo.” The publication stated that some ethnic groups in the country have a word referring to men who cook as a “transvestite or a man dressing and behaving like a woman.” 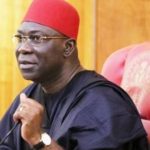 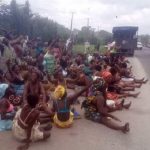