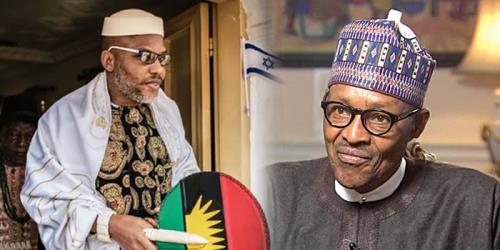 The Federal Government has asked the Federal High Court sitting in Abuja to throw out any request by the leader of the Indigenous People of Biafra (IPOB), Nnamdi Kanu, seeking a restoration of his revoked bail.

KanyiDaily recalls that Nnamdi Kanu, who is standing trial for treasonable felony, had disappeared from the country after the Army allegedly invaded his father’s house in September 2018.

In April 2019, Kanu’s lawyer, Ifeanyi Ejiofor, had pleaded with the Court to restore Kanu’s bail as as a condition for Kanu to return to Nigeria to face trial.

However, in a courter-affidavit filed before the court by the prosecuting counsel, Mr Magaji Labaran, on January 17, 2020, the Federal Government opposed the application by Nnamdi Kanu seeking the restoration of his bail.

In the court documents obtained by Punch on Friday, January 24, 2020, FG noted that Kanu, having allegedly jumped bail, was not entitled to be granted any indulgence by the court.

“That the defendant in this case is standing trial for treasonable felony and was granted bail by this honourable court,” the federal government said in an affidavit.

“That the defendant has jumped bail. That three sureties that stood for him were asked to appear before the court and show cause after several adjournments at their instance.

“That the defendant, since he jumped bail, has deliberately refused to submit to the jurisdiction of this court.

“That the defendant cannot seek any indulgence from this honourable court.”

The Federal Government said, “This court is functus officio”, implying that the court could no longer take any step aimed at reversing the decision revoking the bail except by a higher court. 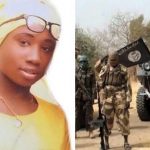 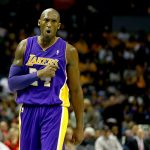