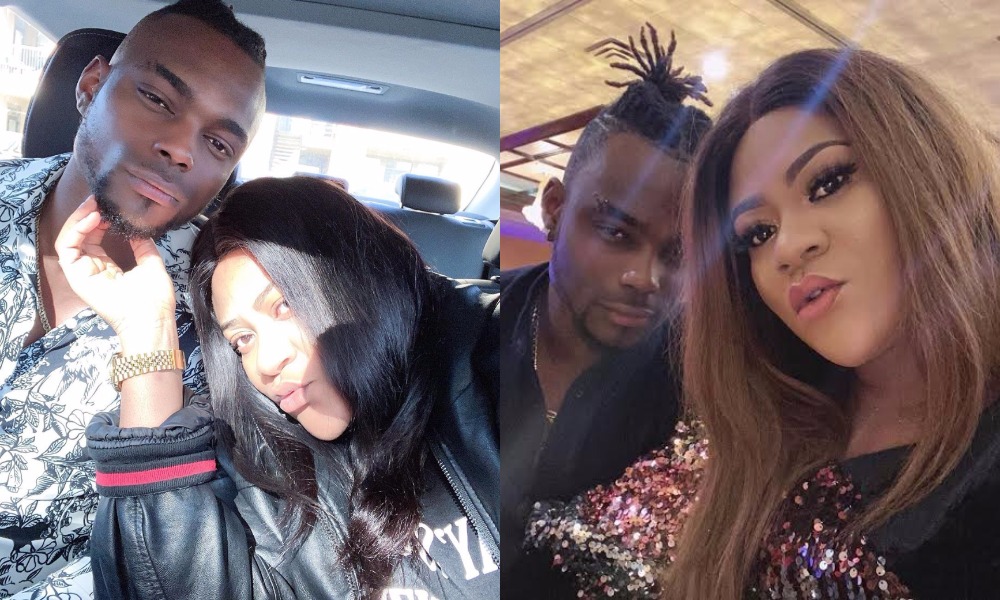 Nollywood Actress, Nkechi Blessing seems not to be bothered about what her critics are saying about how she always flaunts her relationship on social media.

Recently, the actress posted a picture of her American-based boyfriend, Yemi, on her Instagram page and a follower commented that he would soon leave her after he was tired of her.

But in a chat with Saturday Beats, Blessing maintained that she wasn’t bothered about all the negative comments she gets on social media. She said:

“A relationship that is destined to crash will crash even if one keeps it off social media. Why is everyone acting like this is the first time I would be in a relationship. What of all the ones (relationships) that did not make it to Instagram? Am I married now? The most important thing is how we relate outside social media,”

Explaining what attracted her to the American-based lover, Nkechi said he is a very supportive and God-fearing man, adding that his father is a pastor.

“Apart from his looks which is making people think that he is irresponsible and a playboy, he is the sweetest man any woman could ever ask for. Yemi is God-fearing, caring and above all very supportive. The God-fearing part of him is because his father is a pastor.” she said.

On marriage, she said they are getting married this year, but won’t relocate to the US where her lover is based.

“As regards marriage, of course it will happen this year and plans are ongoing already. However, relocating is not in my plans because I still have a vibrant career in Nigeria,” she said.

She also maintained that she wasn’t bothered about losing male fans if she got married. She added, “So, I should not get married because of male fans? They should keep their fans.”

Rapper, Erigga Mocks Efe For Squandering All His N20 Million Given To Him As BBNaija Winner