The management of St. Edwards Hospital in Ajah area of Lagos state has advised all its recent visitors to go into self-isolation for 14 days. 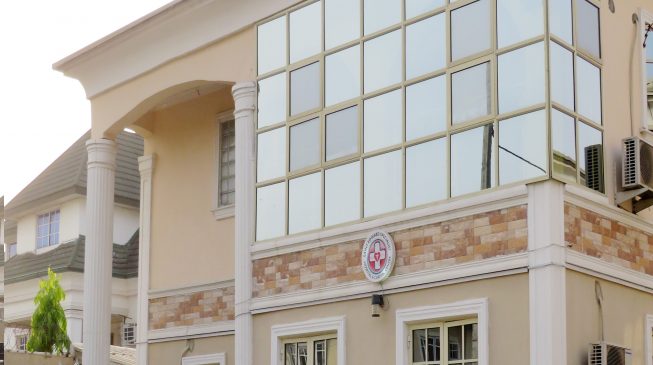 In a statement, St. Edwards Hospital said it received a call from the Nigeria Centre for Disease Control (NCDC) on April 12, 2020, informing them that the hospital had been attending to a coronavirus patient unknowingly.

The patient, with cardiac symptoms, was said to have been admitted to the hospital on April 11 without providing information about previous contact with a COVID-19 case.

The hospital called on all those who visited the facility between April 11 and April 15, to immediately self isolate, stay at home and avoid contact with people including their family (by staying in a room) for 14 days.

“The Hospital received the team from NCDC, and sample was taken from the patient on that Sunday, April 12, 2020,” it read.

“NCDC communicated the result on Tuesday, April 14, 2020, which confirmed the patient to be positive and said they were coming to evacuate the patient.

“NCDC did not come on Tuesday but eventually came on Wednesday, April 15, 2020, and evacuated the patient.

“The hospital has been cooperating with NCDC, WHO and all other health agencies that have called or visited since the incident.

“The hospital had been decontaminated on April 15 working with NCDC and following the guidelines stipulated by NCDC. Though NCDC counselled that they can start normal work after one (1) hour of decontamination, the hospital decided to remain closed and reopen for business on Friday, April 17, 2020.”

The hospital said in line with guidelines prescribed by NCDC, those who visited the facility between April 11 and April 15 should “immediately self isolate, stay at home and avoid contact with people including your family (by staying in a room) for 14 days.”

It also advised such persons to avoid public places and public transportation.

KanyiDaily recalls that last month, Lagos State Government had also called on all the participants of the 7th edition of the African Magic Viewers’ Choice Award (AMVCA) held on 14th March, to self-isolate themselves.