The Special Assistant on News Media to President Muhammadu Buhari, has countered a recent post by the former Nigerian finance minister, declaring her submission as false.

Iweala on Wednesday, April 8, took to her Twitter account to post a photo with the caption on how Rwandan government are carrying out with ease the provision of foodstuffs to its citizens as support during the COVID-19 lockdown caused by the global pandemic.

Reacting to the above, Bashir took to his account to note that the picture shared by the former minister of finance is not in any way related to the country she claimed.

He wrote: “While it is true that the Rwandan government is giving out palliatives, the picture does not originate from the east African country but from the Gambia.”

A few moments later, Iweala responded to the post by admitting that truly the picture she earlier shared is ‘fake’.

However, She tweeted: “Thanks to those who have drawn my attention to the food distribution picture I tweeted earlier today. A friend sent it to me that it’s from Rwanda.”

“Whether Gambia or Rwanda, the point I want us to focus on is that it is a safe way of handling food distribution.” 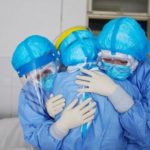 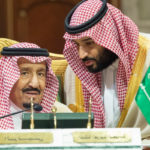