Tanzanian President, John Magufuli make a shocking revelation on Sunday, saying that samples taken from a goat and pawpaw tested positive for coronavirus in the country.

The President made this revelation while speaking at an event in Chato in the northwest of Tanzania, where he disclosed that the COVID-19 testing kits which had been imported from abroad had “technical errors”.

Magufuli said after the test kits were imported from abroad, he had instructed Tanzanian security forces to check the quality of the kits.

The security forces randomly obtained several non-human samples, including from a pawpaw, a goat, and a sheep, and assigned them human names and ages.

He further stated that these samples were then submitted to Tanzania’s laboratory to test for the coronavirus, with the lab technicians left deliberately unaware of their origins.

He added: ”The samples from the pawpaw and the goat tested positive for COVID-19.

”This clearly states that it was likely that some people were being tested positive when in fact they were not infected by the Coronavirus.

“We extracted a sample from a goat which turned positive. This tells you that something is not adding up.

“Are we now supposed to quarantine goats and fruits?” President Magufuli questioned.”

Meanwhile, KanyiDaily had reported that a 4-year-old female tiger at the New York City’s Bronx Zoo, has tested positive for coronavirus, becoming the world’s first case of a non-domesticated animal being infected with the virus. 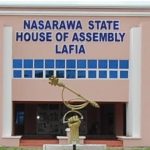 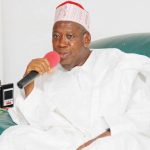