The Guardian quoted a source aa saying the incident happened on Wednesday night after the suspect had lured the teenage girl into his house on the pretense that he wanted to buy the local drink.

“The girl usually hawks the drink in our area but it is unfortunate that she was deceived by the old man and raped. She lives at No. 10, Aresa area, Osogbo, with her relative who produces the Pito drink for her to hawk daily.

“After the incident, she reported the issue to the police station, informing them of what Ayinla has done to her,” the source said, adding that Ayinla was arrested at about 6:30p.m. on Wednesday.

“Our men swung into action and arrested him in his house and we have taken the victim to Police Hospital for a medical test. The Commissioner of Police, Undie Adiye, has ordered a full investigation into the matter,” she said.

ALSO READ: Police Arrests Man Who Butchered His Girlfriend, Eat Her heart With His Mother For Money Ritual In Osun 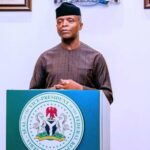 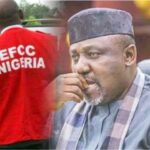