An unknown security outfit called “NDLEA SWAT” was spotted operating on highways in the country, sparking outrage among Nigerians. 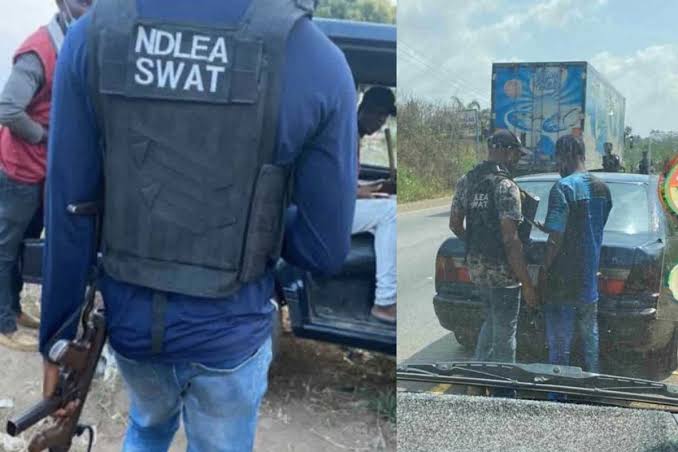 In series of photos circulating on the social media, the operatives of the NDLEA SWAT were seen interrogating vehicle occupants, allegedly their searching phones.

The photos have trigged a lot of reactions from Nigerians are questioning who the operatives were, and why they were searching phones.

Who heads @ndlea_nigeria? It’s best to shutdown this madness now before it gets messy. The citizens will not take lightly to this and a reasonable admin will not worsen an already bad situation. Arrest these rogue officers and prosecute them for armed robbery & kidnapping. 🚔 https://t.co/FfEHh46nmm

NDLEA SWAT? What in the name of Narcos is this? #LivefromAfricatrap pic.twitter.com/nzDFltFb2r

USA and the world should Sue Nigerian government for using and demeaning the ‘SWAT’ name.

EFCC is fighting cyber crime on the streets and NDLEA SWAT is searching for drugs in people's phone..

After #EndSARS we now have NDLEA SWAT on the road checking people's phones. That means we are back to square one. These ones do exactly what SARS were doing. Aluta continua! Victoria Ascertain!#EndSWAT pic.twitter.com/UGZHwdWEla

NDLEA SWAT this might be the next nightmare in this country , Ndlea Swat are going through people's Phone , @ndlea_nigeria this has to stop before it goes out of hand ✋ #EndSARS pic.twitter.com/34LSknDuot

WTF is NDLEA SWAT? Just another rogue team coming up! Y'all better end that shit pic.twitter.com/5XUCpNPLb1

Please what is NDLEA SWAT?

May God help us in Nigeria.
So this is the new SARS now abi
They gave them new jersey and labelled it NDLEA SWAT abi

This is coming a week after the Inspector-General of Police (IGP), Mohammed Adamu, ordered the immediate deployment of recently trained officers of the Special Weapon and Tactical Team (SWAT) for routine patrols across the country.

READ:  Forget Buhari, Atiku, Others, Ezekwesili Is The Hope Of Nigeria - Pastor Bakare 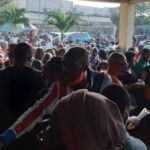