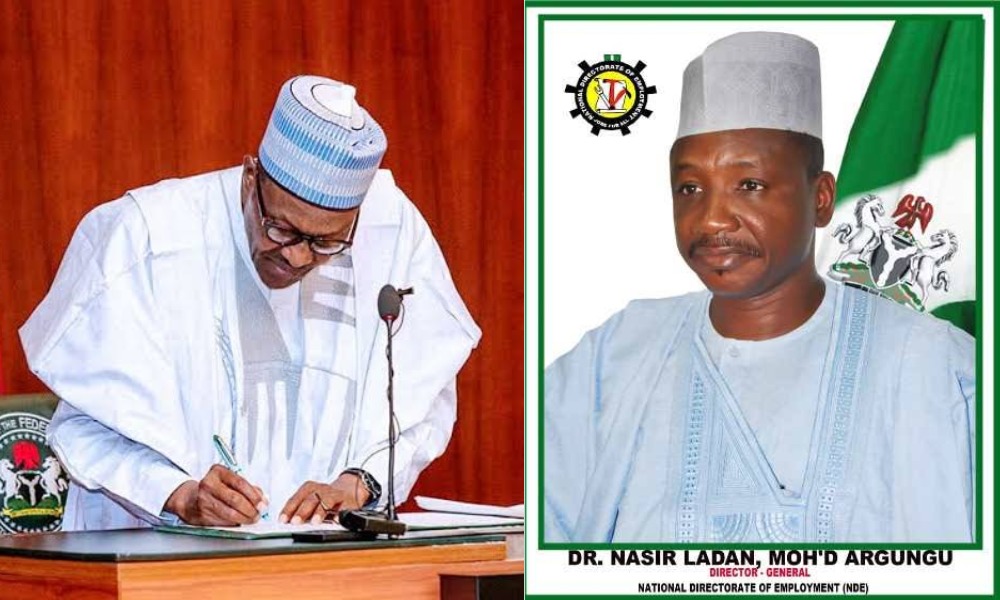 The Senior Special Assistant to the President on Media and Publicity, Garba Shehu, disclosed this in a statement issued on Tuesday, December 8, 2020.

Shehu said the president has directed the Minister of State for Labour and Employment, Festus Keyamo (SAN), to appoint one of the senior directors in NDE to replace Argungu in an acting capacity.

“President Muhammadu Buhari has relieved Dr Nasiru Mohammed Ladan Argungu from the position of the Director-General of the National Directorate of Employment.

“Meanwhile, the Supervising Minister of the Agency, the Minister of State, Labour and Employment, has been directed to nominate an acting DG from amongst the most senior directors based on competencies and seniority to take over from Dr. Argungu until a substantive holder of the post is appointed by Mr. President.”

Argungun was appointed the NDE director-general on April 18, 2017.

The development came at a time the 774,000 jobs being planned for Nigerians by the Federal Government has yet to take off.