The Economic and Financial Crimes Commission (EFCC) has dragged a man, Odejobi Temitope Michael, to court for refusing to return N2,000,000 wrongly sent to his bank account.

Michael was arraigned on Monday before Justice E. N. Alukwu of the State High Court in Enugu, where he was charged for failing to the money wrongly sent to his account.

Chikezie Chukuma, who paid the money in February 2019, thought the account belonged to an auto dealer. It was when he went to take delivery of the car he realized the error in payment error.

But the defendant failed to refund the money, forcing the owner to report the matter.

Michael pleaded “not guilty” when the charge was read to him, and his lawyer, B. J. Adigwe filed a motion for bail pending the determination of the case.

The prosecution counsel, S. C. Anyanwu, opposed the bail and argued that Michael might not return to face trial if he goes back to Benin Republic where he resides.

Justice Alukwu ordered the remand of the defendant in EFCC custody and adjourned the case until April 25, 2021.

KanyiDaily had also reported how a former employee of First Bank of Nigeria, Mrs. Oreoluwa Adesakin, was sentenced to 98 years in prison for stealing $N49,320,652 and additional $368,203 from her employer. 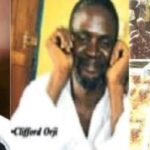 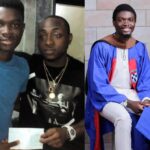