Nigerian superstar, Davido has been accused of stealing his hit track “Jowo” from his colleague in the music industry, Victor AD. 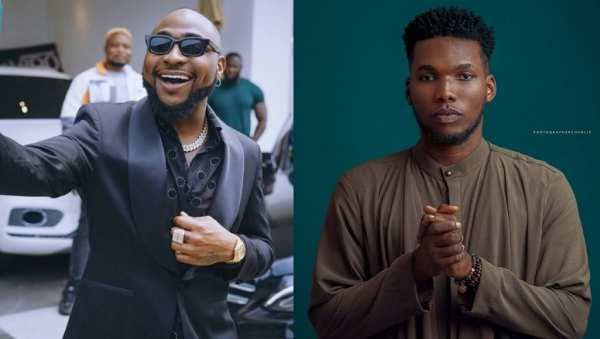 A Twitter user identified as @ThugLife_Back said Victor AD made the accusations against Davido during a recent interview on Hip TV.

According to him, Victor AD alleged that Davido stole the song after hearing it when they were recording their 2019 collabo titled; “Tire You”.

ThugLife said that Victor was surprised to when he saw the song “Jowo” on Davido‘s album ‘A Better Time without his consent or that of his management.

Victor AD was said to have confronted Davido about the song which the video has garnered over 27 million views on Youtube, but the latter blocked him on all social media and threatened ruin him.

READ:  'I Will Never Go Naked Or Be Smooched For A Movie Role' - Actress Sola Sobowale

“Victor AD just confirmed davido stole his record “Jowo” according to AD; OBO heard d song after they recorded “Tire You”. He was surprised to see d song on ABT without him/his mgt consent; He said davido blocked him on Socials & threatened to ruin him. This is wickedness,” ThugLife wrote.

Victor AD just confirmed davido stole his record "Jowo" 🤣 according to AD; OBO heard d song after they recorded "Tire You". He was surprised to see d song on ABT without him/his mgt consent; He said davido blocked him on Socials & threatened to ruin him. This wickedness 😪

READ:  Nigerians Go Wild Wondering Why 2Face Is Apologizing To His Wife, Annie Idibia On Twitter

The allegation has triggered mixed reaction on the social media.

The biggest theft didn't just happened in Aso Rock as i hear say Davido Stole Jowo from Victor Ad. Nigga can never write a hit song, no wonder top celebs didn't wish him 10years of fraud. well the beautiful part of it is Made In Lagos is going to stay for 26weeks on "BBWAC" today

Wizkid FC are pressed about jowo's success, they are pushing agendas saying the song was stolen from victor ad and paying blogs to post it 😭

I pity Victor AD sha…knowing fully well that davido is a fraud and he has never written any of his songs in his whole music career but you still open your studio for him..go God save say na only jowo him steal..bcoz the last studio he entered.. he stole laptop & hard drive😹😹

The allegation is coming just a few days after Davido marked his 10 years of activeness in the music and entertainment industry with hashtag #DavidoAt10.

Related Topics:celebritiesdavidoEntertainmentgistJowoNigeriaSongtheftVictor AD
Up Next