The convener of Concerned Nigerian, Deji Adeyanju has reacted to the adjournment of the trial of Nnamdi Kanu, leader of the Indigenous People of Biafra (IPOB). 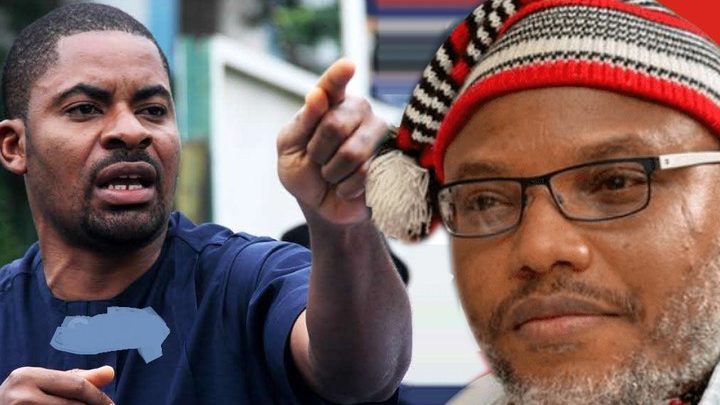 KanyiDaily had earlier reported how Nnamdi Kanu’s trial was postponed till October after the Department of State Services (DSS) failed to produce him at the Federal High Court in Abuja.

Reacting on his Twitter page, Adeyanju stressed that the reason why the DSS failed to bring Kanu to court on Monday was because the Nigerian government has no case against the IPOB leader.

According to him, the “show” was to keep Kanu in DSS custody indefinitely.

“BREAKING: Court adjourns Nnamdi Kanu’s trial till October because of failure of DSS to bring him to court.

“There’s no case in the first place. All the show is just to keep him in custody indefinitely,” Deji Adeyanju wrote.

Justice Binta Nyako had adjourned the Nnamdi Kanu’ trial till October 21, 2021, after the DSS blamed his absence in court on what it termed as “logistical problems”.

READ:  Prisoners Who Escaped From Edo Prison Re-Arrested For Robbery And Attempted Murder