The Court of Appeal sitting in Jos, Plateau State capital, has nullified the expulsion of Victor Oboh Alom, a 300 Level student of the Abubakar Tafawa Balewa University, Bauchi (ATBU).

The Appeal Court ordered ATBU to reinstate and pay N1.1 million damage to Oboh for illegally expelling him in 2013 over accusation of examination malpractice.

The 300 Level student of Electrical and Electronics Engineering was said to have been accused by an invigilator of entering the examination hall with foreign materials and asked to fill a form to which he refused.

Consequently, the Plaintiff had filed a fundamental rights enforcement suit against the university at the Federal High Court in Bauchi challenging the university’s decision to expel him.

The presiding Judge, Justice Shittu Abubakar after scrutiny, had on May 17, 2018, voided and nullified the expulsion. And the defendant was ordered to pay N1, 000,000 as general damages.”

Justice Abubakar also ordered that Victor should be reinstated to continue his study with immediate effect.

But the management of ATBU had on June 1, 2018, challenged the ruling of the Federal High Court and approached the Appeal Court, Jos Division.

A three-man panel led by Justice Tani Yusuf Hassan of the Appeal Court, however, upheld the judgment passed by Justice Shittu Abubakar.

Also, the Appeal Court ordered ATBU to pay N100,000 in addition to N1,000,000 earlier ordered by the Federal High Court as damages, and reinstate him to further his education.

Reacting to his victory at the Appeal Court, the plaintiff said he would return to the school to further his education in engineering with immediate effect.

Narrating the circumstance that led to his expulsion, Victor said “Just within 3 minutes after the commencement of an examination, an invigilator accused me of malpractice and asked me to fill a form in that regard which I declined.”

He added that after an investigation by the Examination Misconduct Committee of the School of Engineering, he was not found guilty of examination malpractice.

Victor, however, expressed gratitude to God and the judiciary for restoring his honour and aspiration to obtain a degree in Engineering.

KanyiDaily recalls that Ondo State High Court had also reinstated four suspended Ondo lawmakers, and ordered the House of Assembly to pay each of the 5 million.

READ:  Pastor Who Claimed To Have "Killed Satan In Hell" – Meets Pastor Who "Resurrected Dead Man" 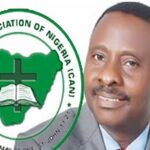 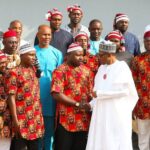