More details have emerged about the recent invasion and attack by gunmen suspected to be bandits at the Nigerian Defence Academy (NDA) in Afaka, Kaduna State.

KanyiDaily had reported how bandits attacked the Defence Academy where two officers were killed and another abducted around 1:00 am on Tuesday morning.

Sources who spoke with TheCable said the personnel monitoring the CCTV camera were sleeping when the bandits sneaked in through a part of the NDA facility that had no fence.

A source said: “it was in the middle of the night, and the personnel that were meant to be monitoring the CCTV had slept off. They could have put everyone on alert, and avert the attack.”

It was learnt that the academy authorities would court-martial some soldiers for failing to secure the area.

Meanwhile, the bandits have made contact with the NDA authorities to demand N200 million ransom for the release of Major Stephen Dantong who was abducted during the attack. 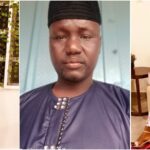 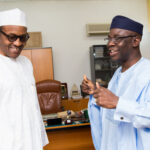