The nonagenarian was arrested in his house at Rafin Sanyi area of Suleja on Saturday, August 21, with three kilograms of skunk, based on credible intelligence.

NDLEA spokesperson, Femi Babafemi, who disclosed this in a statement in Abuja, said that Pa Joseph was arrested with three kilograms of skunk, a particular type of illegal drug and he has been into the trade since he left the military in 1982.

“The suspect was arrested in his house at Rafin Sanyi area of Suleja on Saturday, 21st August 2021 with three kilograms of skunk based on credible intelligence where he confessed he has been living on the illicit trade since he retired from the military in 1982.”

The suspect, who claimed he has eight wives and 50 children, said in his confessional statement that he has been living on the illicit trade to feed his family.

KanyiDaily had also reported how a 60-year-old farmer was arrested while smuggling hard drug for his son who was detained in EFCC custody in Ibadan. 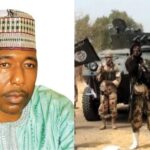 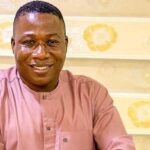