The disappearance and death of Gabby Petito, a 22-year old student sparked a whirlwind online partly because of her thousands of followers and also people’s interest in true crime drama. Below are lessons to learn from Gabby Petito story. 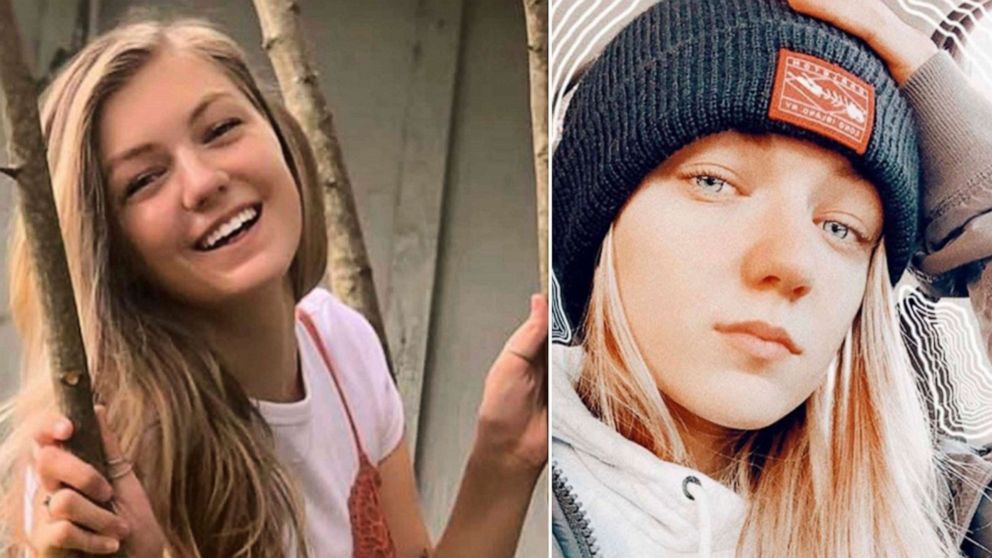 Who is Gabby Petito?

The blogger disappeared on August 27, 2021, while she was on a #vanlife trip with her boyfriend Brian Laundrie.

What Happened to Gabby Petito?

Gabby Petito’s boyfriend returned early from their camping trip with Gabby’s van but without Gabby. When Gabby’s parents questioned him about their daughter, he refused to speak to them and instead got himself a lawyer.

Her parents reported her missing and nearly two weeks after she was reported missing, Ms. Petito’s body was found in a national park in Wyoming.

On Tuesday, a post-mortem examination confirmed that the body found in western Wyoming’s Bridger-Teton National Forest this weekend belongs to Gabby Petito. In his preliminary findings, the coroner ruled her death a homicide.

Gabby Petito Cause of Death:

After an 11 day search, Gabby Petito’s body was found and her death ruled a homicide. Her cause of death will be revealed after the final autopsy is carried out.

Who is Gabby Petito’s boyfriend?

Gabby Petito’s boyfriend is Brian Laundrie. They both got engaged in July 2020 at the peak of the coronavirus Pandemic.

I said YES! Everyday is such a dream with you. 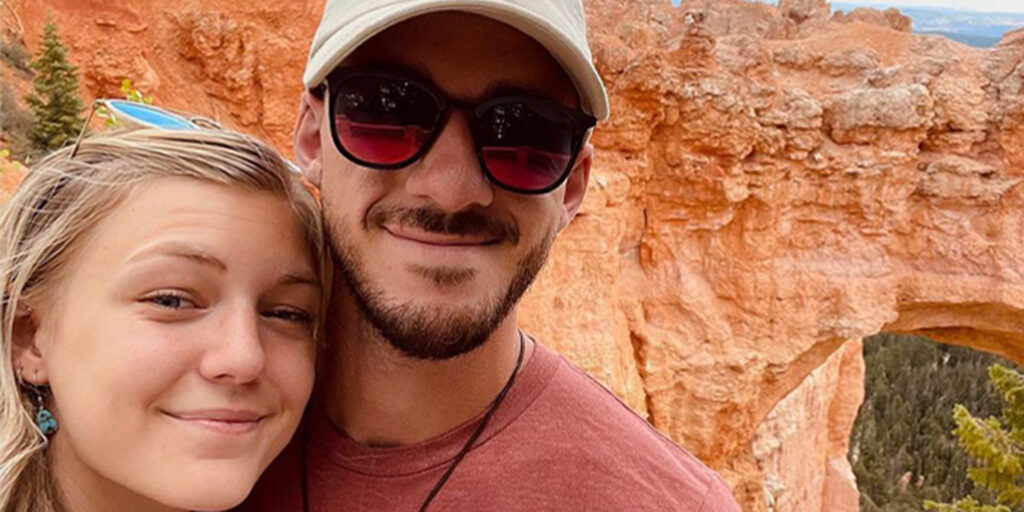 Who is Gabby Petito best friend?

She said she knows for sure Brian can survive in the wilderness because he once lived in the Appalachian mountains by himself for a whole year.

1. Based on the body camera video posted by the police officers who pulled Gabby and her fiancé over for suspicious driving, some viewers assumed Gabby was suffering from mental illness and Brian was the stable one. 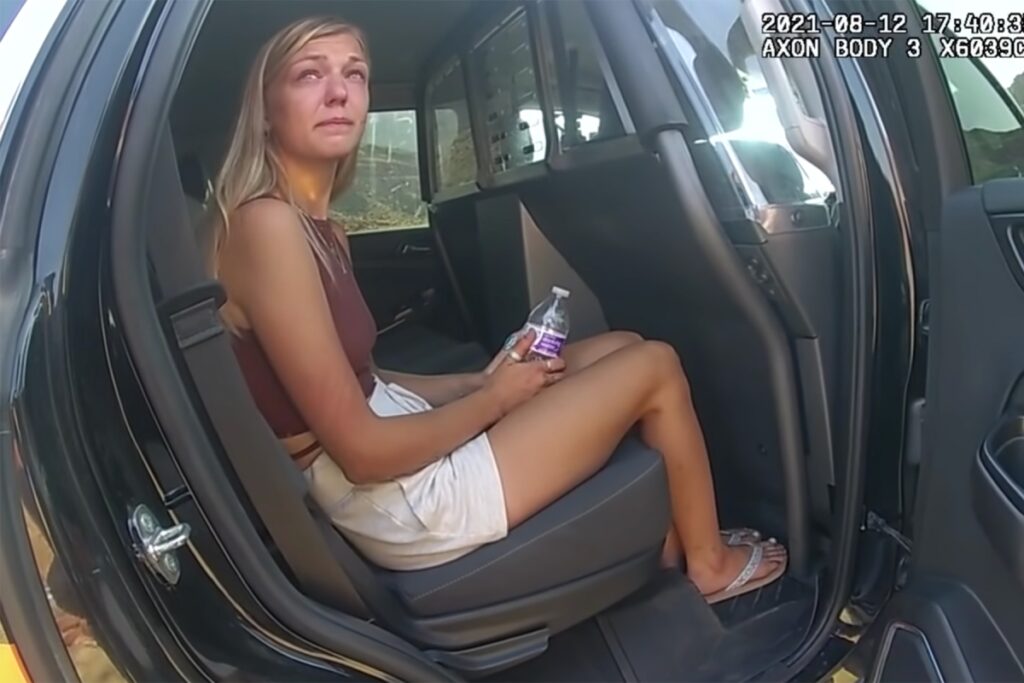 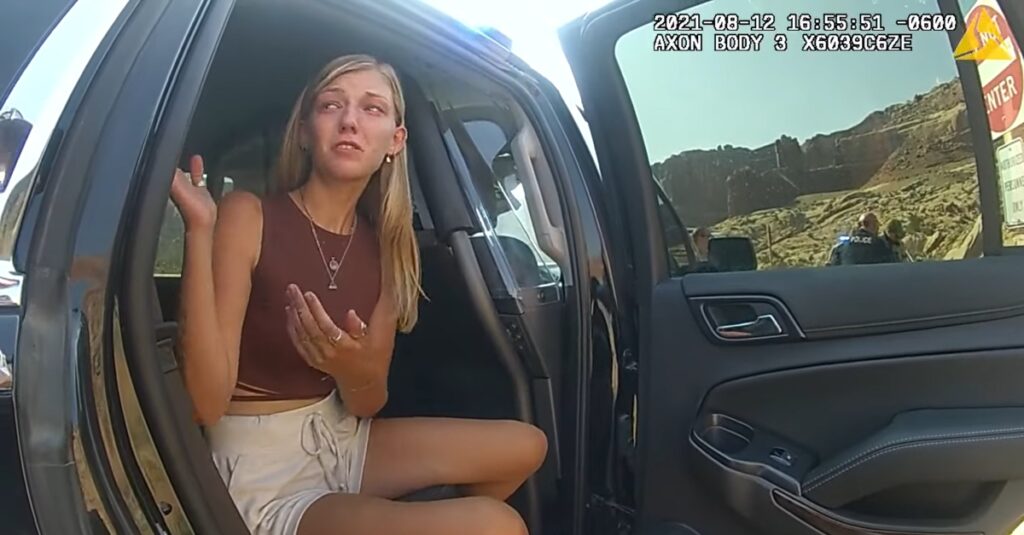 2. Some people may have assumed both partners were equally abusive and equally at fault. The old “it takes two” myth that doesn’t really apply to most abusive situations.

3. Some people may have even assumed Gabby was the abuser and Brian was the victim.

4. These assumptions are classic. Why? Because, in many cases, the target manages to keep things together until her breaking point, at which time others may see her crying or hear her yelling or see her breaking, and then they assume she’s “crazy.”

5. Meanwhile, the abuser plays the part of the poor, patient partner who has to deal with this crazy person. But all the while, he’s been acting very differently behind closed doors, pushing her to this point intentionally and feeding on her emotional break. He LOVES to see evidence that he has hurt her. He LOVES to see her pain.

6. For this reason, “breaking her” has been his goal from the start. It may take him hours or weeks or months or even years to break her, but he won’t stop until he gets that reaction, and then he’ll point the finger and say, “See? She’s crazy. I’m just trying to keep her calm.” And then he’ll do it again. And again. And again.

7. As a result, some people will buy into that false narrative. Even the target. This brings me to my next point.

8. In the video, we see Gabby making many excuses for Brian’s behavior, and she takes all the blame for everything he does.

9. We also see Brian blaming Gabby and saying he was just trying to keep her calm.

10. This is also the norm for victims of long-standing abuse. A target becomes conditioned to believe everything the abuser does is her fault.

11. Also, she clearly doesn’t want Brian to be in trouble. She’d rather pay the price and protect the man she loves. Also, remember she truly believes he only acted this way because of her, so she doesn’t want him to be blamed. This is also the norm.

12. Smart officers see right through this. Others buy the cover-up story. (And because some officers are also abusers, they all too frequently side with the abuser even when they know exactly what’s going on.)

13. I actually credit the police in Gabby’s situation. They were calm, they separated the couple, they interviewed them individually, they split them up for the night, they did everything right. I’m sure the officer has tremendous guilt about the end result and wonders if he could have prevented it, but I don’t blame the officers in this case. I was actually pretty surprised and impressed with how well they treated both Brian and Gabby (and, sadly, I was thinking how rare it is to see that.)

14. Many people have been shocked by Brian’s family’s refusal to cooperate with the police. I’m not shocked at all. Let’s look at that a little more closely.

15. I’m also not surprised to learn that Gabby lived with the Laundrie family for a year. We all see this family will do anything to protect their son, even at the cost of an innocent young woman who was a real part of their family and soon to be their daughter-in-law. While most of us can certainly understand them wanting to protect their child, they crossed a moral line when Gabby went missing.

16. But I think it goes deeper than that. I think it shows them as a system of enablers who not only allowed Brian to abuse Gabby over a long term (which probably led to her intense anxiety) but also a system of gaslighters who were probably always shifting the truth to keep Gabby confused and make her believe she’s the problem. She was caught in an entire system of abuse. And once you’re in that web, it’s very very very difficult to see a way out.

17. I imagine they probably contributed to her abuse from the start and encouraged their son’s abusive behaviors by rewarding him, making excuses for him, blaming Gabby, flipping the script, and keeping her in the fog that breaks down a person’s psyche and spirit over time.

18. Gabby and Brian had been together since their teens. This is also common. These immature relationships work beautifully when both partners grow together and mature emotionally. But when one wants to keep the other down, naive, and under his control…and the other is growing, learning, and maturing, it doesn’t work.

19. We hear Gabby tell the officer that Brain didn’t think she could do her travel blog. It seems clear that he didn’t believe in her and was trying to make her not believe in herself.

20. She also says he didn’t like her working and that he locked her out of the van because she wouldn’t calm down. But when you listen to the full video, it sounds like he was upset because they’d spent too much time at the coffee shop with her working on her website when he wanted to go hiking. She wasn’t in her seat when he was ready to leave. Control issues?! He squeezed her face with his hand in anger. He cut her down and criticized her, verbally abusing her until she was a wreck of tears. He was breaking her spirit, intentionally.

21. Why? Because her focus wasn’t 100% on him. And because she had found a job she enjoyed and was good at and that allowed her to connect with other people, when he wanted her all to himself.

22. She now had this one little piece of her life that he couldn’t completely control, so he wanted to get rid of that. It angered him. He punished her for it. See the pattern?

23. The overall takeaway? When you see someone crying like this, don’t assume she’s crazy. Don’t buy into the false narrative given by the abuser. Don’t believe the cover-up story by the target who has been conditioned to carry all the blame and shame. And don’t assume she’s going to be okay. She just may end up your next recovered body.

24. If you or someone you love are in an unhealthy relationship, please don’t assume it will get better in time. I haven’t heard one single story where it got better. Not one. Not with therapy. Not with the church. Not with prayer or forgiveness or complete surrender. Nothing works when the abuser is determined to destroy that target. He will not stop until she is erased from this world or from her life. And in many cases, he’ll walk away without any consequences.

25). Please don’t let the next Gabby be you or someone you love. If you are in an abusive relationship or know someone who is, please call the Domestic violence hotline: 1-800-799-7233.