All foreign prophets and evangelists working at the Synagogue Church of All Nations (SCOAN) have been deported to their various countries.

According to SaharaReporters, the Nigerian Government deported all the SCOAN’s foreign prophets and evangelists following a petition by Evelyn Joshua, the wife of the late Prophet TB Joshua, the founder of the church.

KanyiDaily had reported that following the death of TB Joshua, there has been a leadership crisis involving his wife, Evelyn, and some of his disciples, who felt she was not qualified to lead SCOAN.

Sources told SaharaReporters that the leadership crisis has degenerated to a point where SCOAN’s prophets and evangelists were attacked and harassed by some members loyal to Evelyn.

They were evicted from their official residences in SCOAN, while others were held hostage in their rooms and their phones forcibly retrieved from them.

It was gathered that the Evelyn-led leadership also dragged some church officials, including the prophets mentioned above, to the Economic and Financial Crimes Commission (EFCC) over the alleged misappropriation of funds.

Evelyn also initiated a move to force her way back into the church’s leadership after she secured a court injunction returning her to SCOAN’s Board of Trustees, BoT.

Her appointment as the new leader of SCOAN is said to be contrary to the action of her late husband who allegedly removed her from the board before his death.

READ:  There'll Be Sit-At-Home In South East On Tuesday Because Of Nnamdi Kanu’s Trial - IPOB

It was gathered that about 17 foreign prophets and evangelists of the church have been deported to their countries due to a petition written against them by Evelyn.

The source said, “Some security operatives whom Mrs Evelyn Joshua had hired and put on standby invaded the church and the prayer mountain simultaneously. The prayer mountain which is a few minutes drive from the main church has been the residence of the late Senior Prophet, the five junior prophets and some of the evangelists, while the remaining evangelists stayed at the church.

“The five prophets who include an American, a Briton, a French and two Nigerians were swooped upon and forcibly ejected from the prayer mountain and carried to the church. Their rooms were broken into and ransacked. Meanwhile, the evangelists in the church were also rounded up and manhandled by the security operatives with the church security personnel as they pulled them out of their various departments and some ex-workers and ex-disciples were immediately drafted in to take over those departments which include the accounts, studio and Emmanuel TV transmission room.

“The five prophets and the disciples, both Nigerians and foreign nationals were held hostage the whole day and their handsets seized from them. Currently, all the Nigerian disciples have been shamefully evicted from the church and the foreign ones have also been deported to their various countries. She also petitioned 20 of the evangelists and prophets, both Nigerians and foreign nationals to the EFCC for alleged theft, fraud and money laundering. The allegations are absolutely baseless. The case has been filed in court and EFCC has been served a restraining order since September 2021.

READ:  Thief Who Stole Golden Rings 15 Years Ago, Returns Them With An Apology

“Mrs Evelyn Joshua has also deported those foreign prophets and evangelists whose names are on the EFCC list to their countries without the matter being investigated. Even though they insisted that they wanted their names to be cleared of allegations before leaving Nigeria, they were however forcibly deported on one-way tickets. Currently, the entire discipleship of the SCOAN has been disbanded and flushed out of the church by Mrs Evelyn Joshua who has now fully taken over the church administration as the new General Overseer.

“All the disciples she accused of fraud were not charged to court but surreptitiously deported from the country on the 9th of October. Two days after she deported all of the foreigners claiming that she had withdrawn the EFCC case against them without any investigation, the EFCC officials started hunting the Nigerian disciples.”

KanyiDaily recalls that Bishop Ufuoma Bernard of The Godist Church had also criticized Evelyn Joshua for “muscling” her way into SCOAN’s leadership. 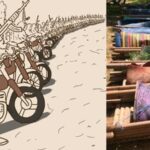 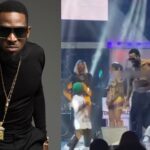