Popular Nigerian singer, Davido has congratulated the Anambra State Governor-elect, Charles Chukwuma Soludo over his victory at the just-concluded governorship election in the state. 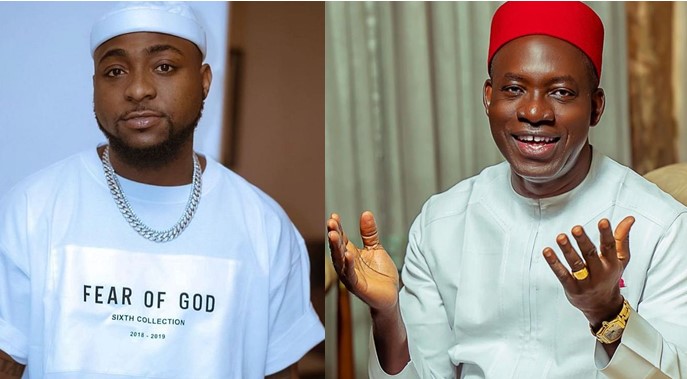 KanyiDaily recalls that the Independent National Electoral Commission (INEC) had on Wednesday morning declared Soludo, a candidate of the All Progressives Grand Alliance (APGA), as the winner of the Anambra governorship election.

In his acceptance speech, Soludo has thanked his family, as well as leaders and members of APGA for their support towards his victory which he described as the will of God.

Taking to his Twitter page, Davido sent a congratulatory message to the people of Anambra for voting for Soludo, whom he urged to hit the ground running.

He wrote, ”Congrats sir … it’s just simple !! Let votes count ! Congrats to my Anambra people! Over to you YOUR EXCELLENCY ” 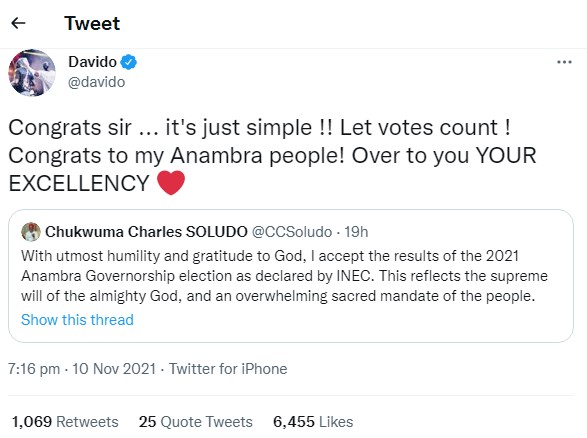 KanyiDaily recalls that Davido had also slammed the All Progressives Congress (APC) for demanding the cancelation of the Anambra governorship election.

I Want Wizkid, Davido & Burna Boy To Do A Song Together Before I Die – Kemi Olunloyo