President Muhammadu Buhari has felicitated Amina Mohammed following her re-appointment as the Deputy Secretary-General of the United Nations (UN). 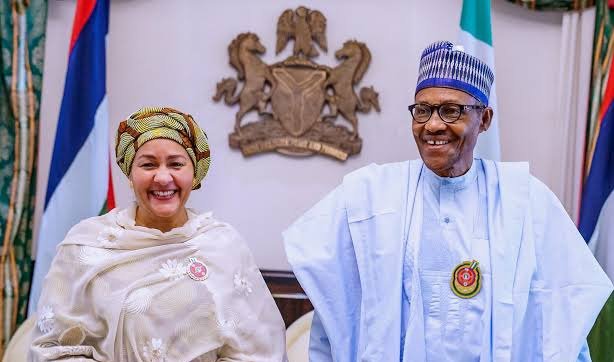 In a statement on Monday, January 10, UN Secretary-General Antonio Guterres announced that Ms. Mohammed would continue in her role during his second term.

Taking to her Twitter page, Mohammed accepted the reappointment saying, “I am deeply humbled to serve a second term as UN Deputy Secretary-General alongside @antonioguterres.”

“I begin this new term as a proud Nigerian woman with renewed hope in human solidarity and determination to keep the promise of the #SDGs. We will leave no one behind.”

Prior to first assuming her role as Deputy Secretary-General in January 2017, Mohammed was Nigeria’s Minister of Environment since November 2015, as well as Special Adviser to former UN Secretary-General Ban Ki-moon on Post-2015 Development Planning.

In a statement on Tuesday by his Media Adviser, Femi Adesina, the president assured Mohammed of the prayers and support of Nigerians, especially the Federal Executive Council, where she served for some years.

The statement, said: “President Buhari warmly felicitates Mohammed on her re-appointment for a second term, assuring of the prayers and support of Nigerians, especially the FEC, where she served for some years.

“The President sends deepest appreciation to Guterres for the confidence reposed in the former Minister of the Environment, giving her another opportunity to serve the global body and humanity, which further enhances the voice and presence of Nigeria”

Buhari noted that Mohammed’s dedication to duty has always been exceptional, and her interest in improving the livelihood of people, through personal and institutional efforts, continues to stand her out, affirming that the UN Deputy Secretary-General remains an inspiration to many women in Nigeria, Africa and the global community.

The statement added that the President joined family, friends and associates of the renowned technocrat and diplomat in celebrating the “well-deserved re-appointment, wishing her all the best on the next rung of the leadership ladder.”

KkanyiDaily recalls that Amina Mohammed had said she believes a woman can take over Nigeria’s leadership from President Buhari in 2023. 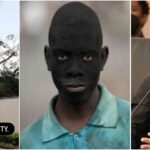 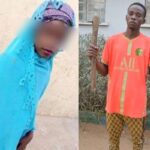