Bauchi State Governor, Bala Mohammed said the National Leader of the All Progressives Congress (APC), Bola Tinubu, would have been handed the 2023 presidential ticket if he was a member of the Peoples Democratic Party (PDP).

The governor, who is one of the presidential aspirants of the PDP for the 2023 election, stated this on Sunday when he appeared on ThisDay Live, a programme on Arise TV.

Mohammed said he met Tinubu among other eminent Nigerians at the Iftar dinner organized by the first lady Aisha Buhari for presidential aspirants on Sunday.

Despite being a PDP presidential aspirant, the governor said the APC leader would be given the presidential ticket because of his contributions if he was in the opposition party, PDP.

He credited Tinubu for the formation of the APC and the subsequent election of President Muhammadu Buhari in 2015 to unseat former President Goodluck Jonathan of the PDP.

Mohammed said, “I knew it was an opportunity to meet other eminent Nigerians who are stepping out to present themselves.

“And I was lucky I met Asiwaju Bola Tinubu, we discussed, he was calling me consensus and I told him that: ‘if you were in PDP we would have just given you the ticket because we knew that without you Buhari wouldn’t have been a president’ and so in PDP we recognise contributions.

“We have some people in Nigeria that we must recognise and it was definitely a good outing for me yesterday. The First Lady is a unifier. She has shown that she is a mother of the nation and all the presidential aspirants not only in PDP, APC but all the other parties were there. It was an opportunity to show that I’m really a product of consensus or closing rank irrespective of party differences.”

KanyiDaily recalls that during the Iftar dinner, Aisha Buhari urged all presidential aspirants from various political parties to consider women as running mates in the 2023 general election.

READ:  "Ladies Be Careful, Your Panties Are Now Being Sold To Ritualists For N200K To N350K" - Man Reveals 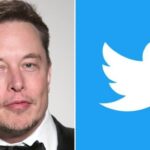 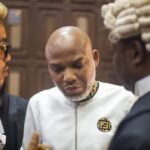