A 51-year-old man, Usman Madaki has shared his experience while trekking from Bauchi to Lagos in support of the presidential ambition of Bola Tinubu, the flagbearer of the ruling All Progressives Congress (APC). 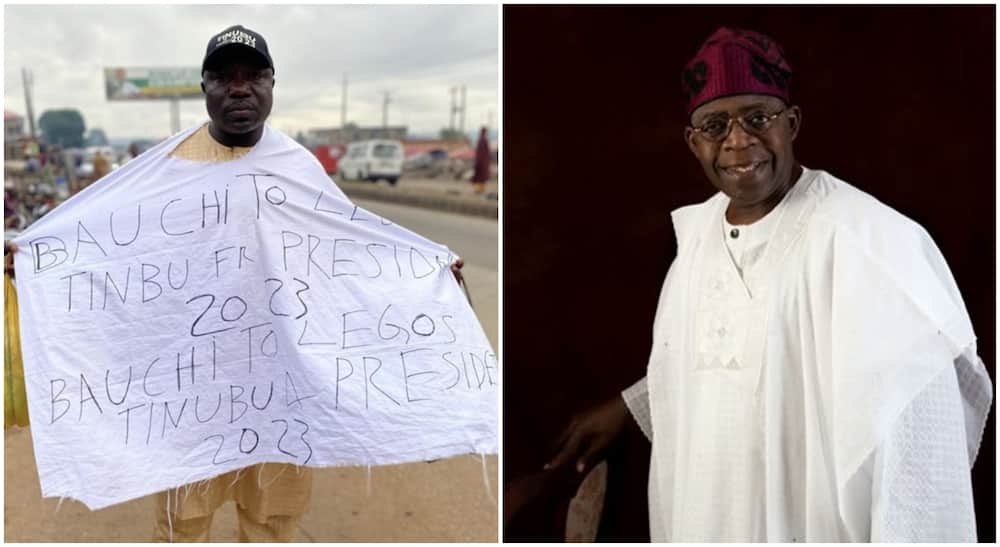 The Bauchi indigene, who commenced the trekking on June 10, spoke with the News Agency of Nigeria (NAN) on Wednesday, June 22, after he arrived in Ilorin, the capital of Kwara.

Sharing his experience before departing Ilorin on Wednesday, Madaki said he has faced a lot of challenges throughout the journey, which include what he suspects to be a kidnapping attempt between Kafanchan and Zangon Kataf.

He also said some people even mistook him to be a member of the Boko Haram group. He added that when they noticed he was not looking harmful, they escorted him out of the town after gathering themselves to monitor he is no longer in the territory.

The man, who planned to arrive in Lagos on Saturday, June 25, said even though he has never met Tinubu, he is a big fan of the former Lagos governor.

Makadi said, “I want to meet Tinubu in Lagos to celebrate with him on his victory as the presidential candidate of the APC.

“I share the belief that he will be Nigeria’s next President. I like Tinubu, he is my godfather even though he doesn’t know me. I will be leaving for Oyo State today, I think it is not far like that.”

The trekker explained that he would always tried to see if he could get any APC stalwart that could help him anywhere he arrived, but could not get one when Tuesday in Ilorin because of rains.

“Since when I moved around 8 a.m on Tuesday in Bandiru, a boarder between Niger State and Jebba in Kwara, the rain began on me and finished on me.There was nowhere to get a vehicle or motorbike because of the heavy downpour,” he said.

KanyiDaily had reported how another man Dahiru Buba, who trekked to celebrate President Buhari’s election victory in 2015, cried out for help after suffering from severe limb pains. 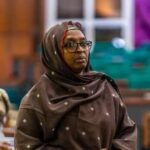 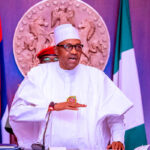