Some officers attached to the Osun State Police Command have stabbed a woman for asking them to pay fully for the meat bought from her in Apomu town. 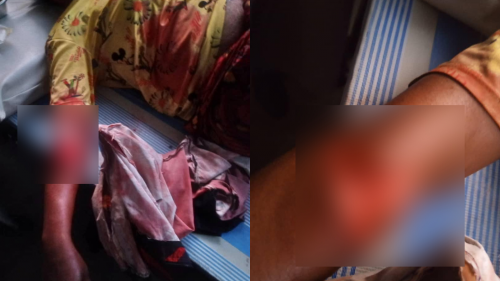 According to SaharaReporters, the incident happened on Tuesday evening when the policemen from Area Command, Ikire Zone, bought three pieces of fried meat which cost N200 each but paid N500 which was rejected by the woman’s son.

Witnesses said the rejection angered the policemen who harassed the young boy after he went inside their house to report the officers to his parents.

It was gathered that one of the policemen identified as Samson Kudaisi injured the woman with a knife when came out to query them for not wanting to pay the required amount for the meat.

“The boy asked them to balance the money; they told him he was mad, that they were police officers and shouldn’t have paid at all. So the boy went inside to meet his father and mother that the officers did not want to pay; as the woman came out, the officers started beating the small boy that he went to call his parents.

KanyiDaily had also reported how a policeman, James Imhalu was sentenced to death by hanging for the murder of a commercial driver over his refusal to pay him a N100 bribe in Rivers.