Former Big Brother Naija housemate, Liquorose has finally revealed why she ended her relationship with her colleague, Emmanuel Umoh. 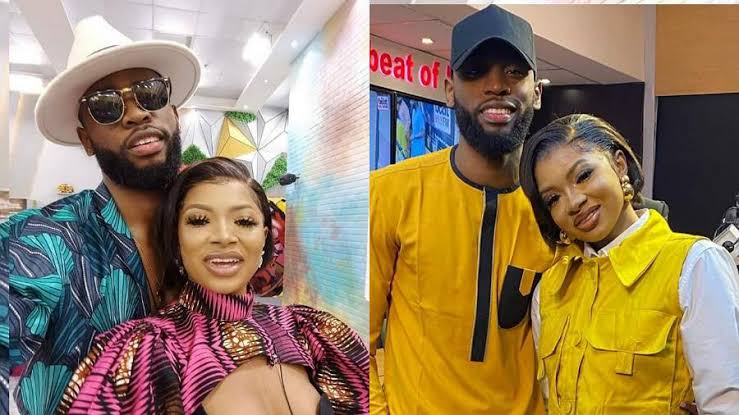 KanyiDaily recalls that the duo kicked off their romance while in the BBNaija Shine Ya Eye house and their relationship continued after the reality TV show.

However, it comes as a big shock to the enthusiasts of their relationship a few months ago when Emmanuel and Liquorose unfollow each other on Instagram.

Although they have both maintained absolute silence about the development, many fans expressed optimism that their relationship was headed for a absolute end.

READ:  UPDATE: Italian Man Who Murdered His Nigerian Wife Because She Filed For Divorce Arrested

Towards the end of the Reunion Show on Wednesday night, Liquorose finally revealed that the behind her decision to cut ties with Emmanuel was because she caught him with a girl in Dubai – a time they were actually dating.

Speaking with the BBNaija show host, Ebuka Obi-Uchendu, the dancer said: “We were dating right?, but I walked into you and a girl in Dubai.”

In a swift response, Emmanuel tried to speaks but liquorose pleaded not to be interrupted while having the conversation which will be continued today night.

READ:  MI Abaga Have A New Woman In His Life [Photo]

KanyiDaily had also reported how drama ensured during the BBNaija Reunion show when Angel Smith and Maria Chike Benjamin, traded words with each over a ‘slut’ comment.