Osun State Governor, Adegboyega Oyetola has cast his vote along with his wife, Kafayat Oyetola, in the ongoing Osun governorship election. 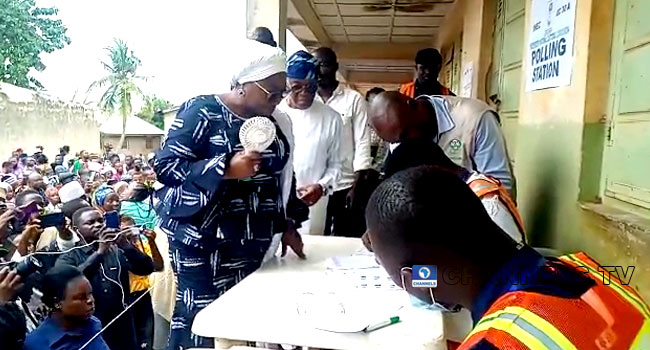 The governor, who is seeking re-election on the platform of the All Progressives Congress (APC), and his wife arrived at the polling station at about 10:37 am after which they joined the queue to cast their votes.

The couple voted on Saturday at about 11:04 am at polling unit 2 Ward 1, Local Authority Primary School in Boripe Local Government Area of the state.

They were welcomed by a cheering crowd of supporters, some of whom are in the queue waiting to also cast their votes.

Some minutes after joining the queue, the governor and his wife took turns to get accredited by the Bimodal Voter Accreditation System (BVAS).

After they were cleared, they picked up their ballot papers and proceeded to the cubicle where they cast their votes and deposited the paper in the ballot box.

VIDEO: The moment Governor Adegboyega Oyetola and his wife cast their vote in #OsunDecides2022 pic.twitter.com/mrXPggii9X

KanyiDaily had earlier reported that Senator Ademola Adeleke, who is the candidate of the Peoples Democratic Party (PDP), was the first contestant to cast his vote in the ongoing Osun governorship election. 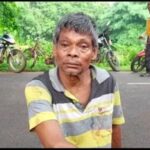 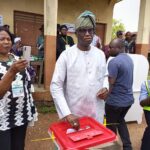