The presidential candidate of the Labour Party (LP), Peter Obi has denied being a member of the National Association of Seadogs (NAS), better known as the Pyrates Confraternity.

KanyiDaily recalls that members of Pyrates Confraternity were caught on camera mocking the presidential candidate of the All Progressives Congress (APC), Bola Tinubu.

In a viral video, the group were heard taunting the former Lagos governor over his speech in Ogun State, where he said in Yoruba that President Muhammadu Buhari should hand over power to him because it’s his turn to rule Nigeria.

Dressed in red and white attire, members of the Pyrates Confraternity mocked Tinubu for shouting “emi lokan”, which means “it’s my turn” despite his failing health.

The video has sparked mixed reactions on social media with Tinubu’s critics teasing the APC presidential candidate, while his followers condemned the act.

In a now-deleted Facebook post, one Fejiro Oliver, who claimed to be a member of the group, described Obi as a “dedicated Pyrate who has led by the tenets we were baptised with”.

Oliver wrote, “I have watched the trending video of the revered and worldwide adored Pyrates Confraternity video, a beloved Association that I’m proud to belong to, where they ruled out Bola Ahmed Tinubu as a candidate in our ongoing convention taking place in Lagos State.

“As customary with the fraternity to use songs to pass messages to society, towards condemning or supporting individuals, government or policies, I find this particular song in bad taste, especially with the way an uninformed member posted it on social media.

“Yes, Peter Obi is one of us, a dedicated Pyrate who has led by the tenets we were baptised with. He has always promoted the ideals of Pyracy during his days as a Governor and has contributed to the frat as a whole.

READ:  26 People Including Women And Children Die As Boat Capsizes In Sokoto

“While it is in our inner consciousness to gyrate towards one of our very best to be President, it is improper to promote it publicly.

“In PDP and APC do we have many men who are time tested seadogs, men in very high places and the best where they are.

“We cannot publicly disown these men who support Tinubu their whole life or will die for Atiku Abubakar to emerge as President for Peter Obi. Peter Obi is better but moderation is also everything.”

When contacted by TheCable, Obi’s media aide, Valentine Obienyem SAID the former governor is not a member of the Pyrates Confraternity.

Obienyem responded to the claims of the membership of the LP presidential candidate in a terse text message on Monday.

“Not at all,” the media aide said after he was asked to respond to trending social media posts suggesting that Obi belongs to the confraternity.

KanyiDaily recalls that Bola Tinubu had replied those concerned about his health challenges, insisting that he is psychologically fit to contest the presidency in 2023. 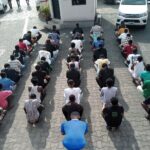 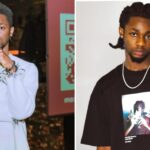