The suspected “Yahoo Boys” were arrested by operatives of the Port Harcourt Zonal Command of the Economic and Financial Crimes Commission, EFCC.

EFCC Spokesman, Wilson Uwujaren disclosed this in a statement issued on Monday and made available to Kanyi Daily.

According to the statement, the suspects were arrested in the early hours of Thursday, August 4, 2022 in a sting operation at various locations in Port Harcourt, Rivers State.

“They were arrested based on an intelligence report on their alleged involvement in internet fraud,” the statement reads briefly.

It noted that the suspects will be charged to court as soon as investigation is concluded.

But Mompha in his reaction, said the EFCC can not declare him wanted as he did not steal money or got involved in money laundering, calling the commission a “bitter agency.” 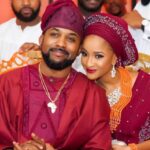 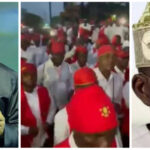