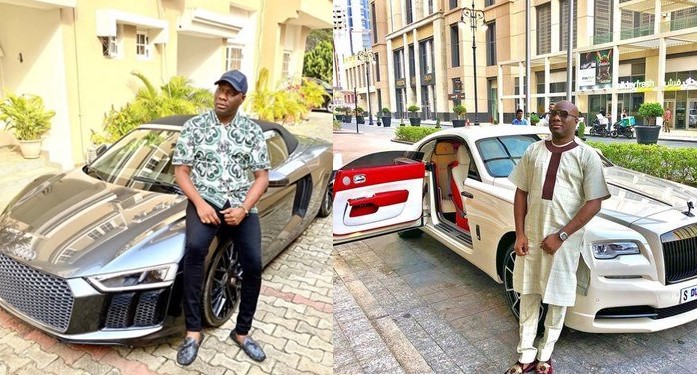 In a notice on Wednesday signed by its spokesperson, Wilson Uwajaren, the anti-graft agency said the socialite who is facing N6 billion money laundering trial has been declared wanted.

The notice read, “The general public is hereby notified that ISMAILA MUSTAPHA, whose photograph appears above, is wanted by the Economic and Financial Crimes Commission (EFCC) in an alleged case of Retention of Proceeds of Criminal Conduct, Possession of Document Containing False Pretences, False Asset Declaration and Laundering of Proceeds of Unlawful Conduct.

READ:  Those Waiting For EFCC To Prosecute Tinubu Will Wait Forever —Arewa Youths

KanyiDaily recalls that Mompha and his firm, Ismalob Global Investment Limited, were both arraigned by the EFCC on eight charges bordering on alleged money laundering of over N6 billion.

On January 18, Justice Mojisola Dada granted Mompha N200m bail and ordered him to produce two sureties of which one must own a property valued at N100 million within the jurisdiction of the court.

But the defendant remained in custody for failure to perfect his bail conditions.

Justice Dada later granted bail to Mompha in the sum of N25 million with two sureties in like sum, one of whom must own a property worth N50 million within the jurisdiction of the Court.

On June 22, the judge revoked the bail granted to Mompha and ordered his immediate arrest due to the controversial socialite’s absence in court.