The Minister of Communications and Digital Economy, Isa Ali Pantami has ordered the Nigerian Postal Service (NIPOST) to suspend the implementation of the new charges on courier and logistics companies immediately.

Pantami who issued the order through his Twitter page on Saturday, called out the leadership of the NIPOST for increasing its fees without his approval.

He wrote: “Please NIPOST, our attention has been drawn to an increase of licence fee, which was not part of the regulation I earlier approved for you. Your chairman and PMG (Postmaster-General) were yesterday contacted to put the implementation on hold and send a report to our ministry by Monday. Best wishes!”

Pls @NipostNgn, our attention has been drawn to an increase of licence fee, which was not part of the regulation I earlier APPROVED for you. Your Chair and PMG were YESTERDAY contacted to put the implementation on hold and send a report to our ministry by Monday. Best wishes!

KanyiDaily had earlier reported how the decision by NIPOST to impose new costs of licence for logistics and courier services sparked outrage among Nigerians online.

The new charges introduced by NIPOST are expected to cause an increase in the cost of courier services and delivery goods.

Courier firms that operate within municipalities are to pay N1m for licence and N400,000 annually. For Small and Medium Enterprises (SMEs), the licence is N250,000 while the annual renewal of the licence is N100,000.

The new charges imposed by NIPOST is believed to be part of an attempt to increase its revenue and sanitise the system. The move would increase the cost of goods purchased online.

This is coming barely 48 hours after the Federal Inland Revenue Service (FIRS) directed landlords and property owners and agents to ensure that they charge 6% stamp duty on all tenant in Nigeria. 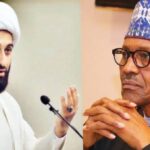 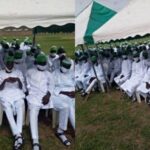