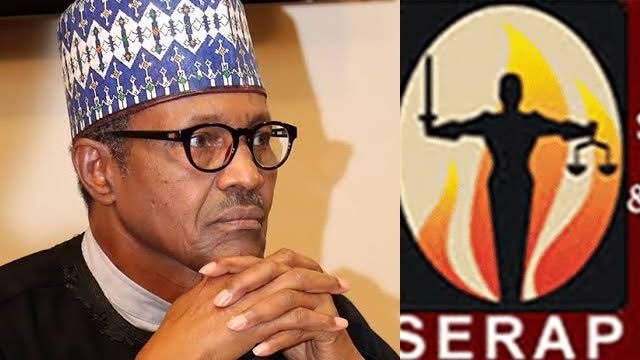 KanyiDaily recalls that the Nigerian Communications Commission (NCC) had threatened that SIM cards not linked to NIN by 30 December, 2020, would be blocked, and that telecom service providers that failed to block phone numbers without NIN would have their operating licences withdrawn.

But in a letter dated 19 December, 2020 and signed by its deputy director, Kolawole Oluwadare, SERAP asked the president to instruct the Minister of Communications and Digital Economy, Mr Isa Pantami, and Director-General of the National Identity Management Commission, (NIMC) Mr Aliyu Abubakar to stop the moves.

The group explained that the data of Nigerians being sought already exist in several platforms, including the Bank Verification Numbers (BVN), driver’s license, international passport, and voters’ card.”

SERAP also urged him “to instruct Mr Pantami and Mr Abubakar to take concrete measures to promptly ensure that the NIMC is able to faithfully and effectively discharge its statutory functions to harmonize and integrate existing identification databases in government agencies into the National Identity Database, and to use the information to update SIM card registration.”

It said: “No government has the right to strip its own people of their basic rights under the guise of registration for national identity number. If the authorities continue down this path, the threats to citizens’ rights such as the rights to freedom of expression and access to information, will inevitably increase, and the NIMC will remain a paper tiger.”

“Instead of forcing Nigerians to register, threatening telecom service providers with sanctions, and exposing Nigerians to the risks of COVID-19, your government ought to make sure that the NIMC discharges its statutory functions to harmonize and integrate existing identification databases in government agencies, and make use of the information collected.”

“The request for Nigerians to register for NIN is burdensome, unjustified and unnecessary. It would end up serving no other purpose than to threaten and violate the rights of Nigerians, and create a ‘chilling effect’ on citizens’ ability to participate in the fight against corruption in the country, and thereby seriously undermining the government’s oft-repeated commitment to transparency and accountability.”

“There is neither a pressing legal or practical need for this registration, which threatens Nigerians’ human rights, especially at a time your government is warning Nigerians about the second wave of the COVID-19 outbreak in the country.”

“Blocking Nigerians from using their SIM cards would amount to a blatant violation of their rights to freedom of expression and access to information, and have a ‘chilling effect’ on the enjoyment of other human rights.

“We would be grateful if your government would indicate the measures being taken to stop the unnecessary registration of NIN, withdraw the threat to block SIM cards, and take concrete measures to promptly ensure that the NIMC is able to faithfully discharge its statutory functions to harmonize and integrate existing identification databases in government agencies into the National Identity Database, within 7 days of the receipt and/or publication of this letter.

“If we have not heard from you by then as to the steps being taken in this direction, SERAP shall take all appropriate legal actions to compel your government to implement these recommendations in the interest of millions of Nigerians.

“One of the stated purposes of NIMC as elaborated in section 5 [a] of the NIMC Act is to harmonise and integrate existing identification databases in government agencies into a national identity database. If the NIMC cannot perform this important statutory duty, then it has failed to achieve an obvious part of its legislative purpose.

“These rights presumably include the rights to freedom of expression, access to information, life and personal security. The enjoyment of these rights forms the basis for a free and democratic society. A democratic government based on the rule of law is one that is responsible to its citizenry and seeks to represent their interests.

“The push for registration for NIN is a bad initiative, and cannot find support in existing laws, the Nigerian Constitution of 1999 [as amended] and the country’s international human rights obligations.

“SERAP notes that the information on individuals currently being sought by your government already exist in several platforms, including through multiple citizen’s collection data platforms such as the Bank Verification Numbers (BVN), international passport, driver’s license, SIM card registration and voters’ card.

READ:  Wole Soyinka Finally Reacts To Viral Plane Incident Of Young Nigerian Man Who Ordered Him Out Of His Flight Seat

“This point is buttressed by Section 5 [h] of the NIMC Act 2007, which provides that: ‘the Commission shall establish and maintain secured communication links with any existing relevant identity related database or agency’.

“The statutory duty to harmonize and integrate existing data for the purposes of NIN and SIM card registration should not be difficult to carry out, as the Nigeria Immigration Service, Independent National Electoral Commission (INEC), Central Bank of Nigeria (CBN), and Federal Road Safety Corps (FRSC) are already members of the Board of the NIMC by virtue of section 2[1][b] of the NIMC Act.

“Our requests are brought in the public interest, and in keeping with the requirements of the Nigerian Constitution 1999, the country’s international human rights obligations including under the International Covenant on Civil and Political Rights and the African Charter on Human and Peoples’ Rights. Nigeria has ratified both human rights treaties.

“According to our information, your government has issued a two-week ultimatum for the registration and linking of National Identity Number (NIN) to mobile numbers across the country.

“The NCC has also reportedly directed telecom service providers to block phone numbers without NIN while Mr Abubakar has stated that there would be no extension for the announced deadline ending 30 December, 2020.

“Your government has also reportedly threatened that, ‘After the deadline, all SIMs without NINs are to be blocked from the networks. Violations of this directive will be met by stiff sanctions, including the possibility of withdrawal of operating license.’”

The letter is copied to Mr Abubakar Malami SAN, Attorney General of the Federation and Minister of Justice, Mr Pantami, and Mr Abubakar.

KanyiDaily recalls that the NCC had also directed telecommunications companies to order the suspension of sale and activation of new SIM cards in order to allow an audit of the Subscriber Registration Database. 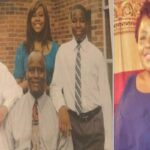