The Edo State Police command says it killed a suspected kidnapper during a routine operation near Ughiole forest, Estako West Local Government Area of the state.

The command said the suspect was gunned down on Sunday during the operation.

Deputy Spokesperson of the command in the state, Jennifer Iwegbu, disclosed this in a statement on Monday and posted on the twitter handle of the command.

According to her, efforts were on to arrest fleeing members of the gang.

“In a routine ambush, the Edo State Police command recorded a victory over kidnappers in the northern senatorial zone of the state,” the statement reads.

“Operatives of the Command on 11/09/2022 led by the DPO Agbede while on routine ambush operation along the pipeline axis of Ughiole Forest in Etsako West Local Government Area of Edo State, encountered some hoodlums suspected to be kidnappers emerging from the forest.

“The hoodlums sensing the presence of police operatives engaged them in a gun duel while trying to escape back into the forest. However, one of the kidnappers was fatally injured and later died. Others escaped into the forest with various degrees of gunshot wounds.

“Effort is ongoing to arrest the fleeing gang members as intense bush combing is currently ongoing. Items recovered from the dead kidnapper include; one locally made gun, amulets, charms, and a cash sum of Two hundred and forty thousand naira (N240,000.00).

“The Commissioner of Police, Abutu Yaro, admonished the operatives to rid the state of the vestiges of these undesirables, especially now that the command is intensifying end-of-the-year security cleanup.”

In operationalizing routine ambush techniques, Edo State Police command has yet recorded victory over beleaguered kidnappers in the Northern senatorial zone of the State. pic.twitter.com/0Nm4PeAtQF

Meanwhile, Kanyi Daily had reported that the Edo State police command raided coastline and maritime communities in Ovie south-west local government area of the state and recovered guns, ammunition and bags of charms among others items. 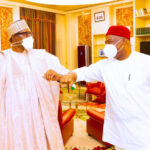 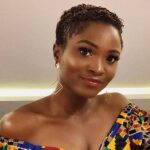